The method by which retail FX firms handle client enquries has become ever more automated, with a series of firms offering not only live chat facilities whereby clients of a firm can contact customer service agents, but also systems which utilize automatic intelligence (AI) in order to reduce the amount of resources required in resolving commonly-asked questions.

nanoRep is one such firm, its software adopting a self-learning methodology which allows customers of FX firms to ask questions which are automatically answered, without requirement for human resource, by learning commonly asked questions and providing an answer based on the information collated by the system itself, which nanoRep calls “Dynamic FAQ”. 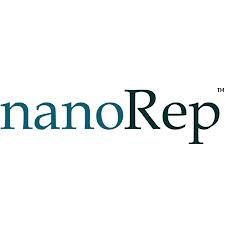 The company’s sales manager, Eyal Goldfarb has today been promoted to Director of Sales for North America, as the company expands its operations not only into new markets, but also away from the FX industry.

Mr. Goldfarb has developed a customer base among retail FX firms during the past year, however, with the expansion of the firm, and charged with the initiative to head up the new North American operations which will be based in Toronto, he explained to Forex Magnates that the firm will be concentrating its efforts on other areas, and away from FX.

“I will be heading up nanoRep’s newly established North American office in order to oversee a different part of the world,” explained Mr. Goldfarb.

In concluding, Mr. Goldfarb explained that, “We are actually moving away from the FX industry altogether,” with regard to expansion overseas.