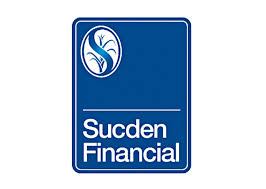 Sucden Financial Limited has announced today that Nigel Dentoom will step down at the end of his three-year tenure as a non-executive director at the company.

Dentoom previously served as Group Chief Executive of the Mocatta Group, a subsidiary of the Standard Chartered Bank Group, and is a former LME Board Director, which included a tenure as Chairman of the exchanges’ influential Ring Committee. He has also served on the boards of over thirty other companies and is the former Executive Chairman at LN Metals.

Michael Overlander, the CEO of Sucden Financial, commented: “We have benefited a great deal from having Nigel as one of our non-executive directors. His extensive experience in the world of base metals has given the company an added dimension and we wish him all the best for the future.”

According to the announcement, the company will now look to appoint a new non-executive director. The firms states it is looking for an individual with experience in the financial services industry to help support its ongoing growth strategy.