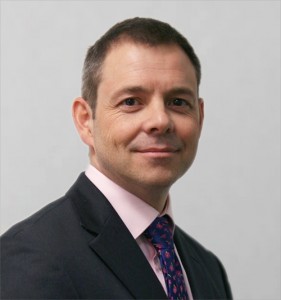 LCG, the AIM-listed and FCA regulated Forex broker operating as a subsidiary of London Capital Group PLC, just had a Board of Director’s shuffle with the resignation of William Newton from both LCG Ltd and PLC boards, replaced with LCG’s COO John Jones who will fill with immediate effect the position of his predecessor.

Mr. Newton will remain an advisor to LCG, according to the company’s press release and regulatory update, and is expected to continue to make a significant contribution to the company’s technical direction, and was thanked by the firm’s CEO, Kevin Ashby who said in the statement, “We are indebted to William for his contribution both to the Board and the Group’s technology strategy; LCG is now set on firm technology foundations and I look forward to continuing to work with William in the future. Since his arrival in July 2013, John has made a substantial contribution to the Company and the Ltd Board and I look forward to his insight and contribution at the PLC Board.”

Jones Joins Board After Less Than a Year, Newton Retained As Advisor

The firm’s technology offerings, in addition to powering its own products, consists of several significant white-label customers, including Saxo Bank and TD Direct Investing, among others, a key competent [technology development] of the above mentioned technical direction.

Less than a year ago, Mr. Jones, now 44 years of age,  joined LCG Ltd. to manage its operations, after holding a series of senior positions in trading and operations related fields of finance. According to a LinkedIn profile for John Jones, the title alongside COO of LCG, reads Head of Risk Management, a fitting position for someone who held such roles, including a background in finance as a qualified chartered accountant with KPMG in 1992, as per the profile description.

A copy of the press release today was filed with the London Stock Exchange in accordance with AIM rules, and no further information was disclosed pursuant to Schedule Two, paragraph (g) of said rules.

The broker has just reported preliminary figures for 2013, ahead of its full results expected in April, and after a series of organizational changes in the prior year, including settling regulatory and legal claims, among other material events.

In the previous trading update, as covered by Forex Magnates, LCG said it was well capitalized going into 2014, and with the new management in place the changes are sure to have an effect on the business, also depending on initiatives already underway, in addition to any new direction, as well as market conditions – as noted in the previous article by the firm’s CEO.

Shares of LCG on UK’s AIM remained just above 30 pence today, a key support level that hasn’t been breached in over twelve months, yet still well off the highs reached under 50 last August.

Share this article
Tags: lcg / Uk
Got a news tip? Let Us Know