State Street Bank has brought back one of its foreign exchange veterans, installing Kees Tol as one of its Senior FX Traders with immediate effect, Finance Magnates has learned.

Mr. Tol has been a mainstay in the FX industry for nearly three decades. His return to State Street constitutes his second stint with the group after parting ways with the bank back in 2010. In his new role at the group he will be based out of London. 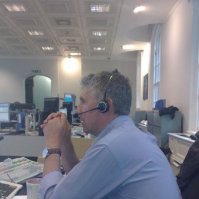 Additional roles also include lengthy stops at Barclays as one of its directors, focusing on FX, as well as one of its top traders and chief dealers, dating back to 1978, according to information made public on his Linkedin profile.