The Moscow headquartered brokerage that commands one of the largest market shares in the exchange traded equities and derivatives markets in Russia,  BCS Financial Group, has expanded its UK regulated subsidiary BCS Prime Brokerage Limited (BCS), by appointing Gareth Johnson as Senior Trader to the London office. Also announced today, was the promotion of Tim Bevan as Executive Director to the Board, according to an official press release that noted both executive moves for the senior positions at the firm.

Previously Head of International Prime Sales, Mr. Bevan will continue his duties in this capacity along with his Board responsibilities as Executive Director of the Board of BCS Prime Brokerage Limited, effective as of November 13th, 2013.

In June, BCS was granted UK regulatory authorization by the Financial Conduct Authority (FCA) to deal and advise on investments and hold client assets, officially marking the launch of its international brokerage business, as described in the press release.

Modeling Success from the Homeland

BCS is the largest trader of equities and derivatives on the Moscow exchange by turnover, and has a 10%-15% market share of equity trading, according to information in the announcement. The company already runs brokerage, banking, asset management and custody businesses through more than 100 offices and agent points in Russia and abroad. Originally founded in 1995, BCS offers a wide range of services that it describes as a hybrid offering, as per the following chart from the BCS’ prime corporate website: 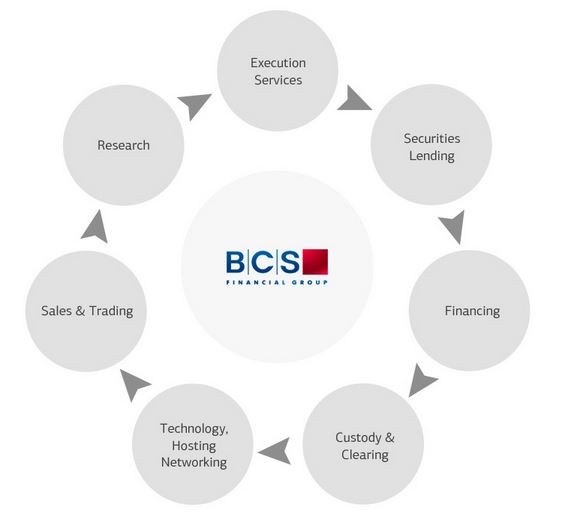 This follows the series of key hires in the last year and an overall sustained growth during that time, as the largest trader of equities and derivatives on the Russian exchange aims to expand its business outside of its principal country of business.

According to the official press release, relocating to London, Gareth has joined BCS to start up the equity trading arm of the international business. Gareth recently returned to the UK after living in Russia for seven years, where he was most recently Senior Equity Trader at Troika Dialog. Prior to his time with Troika, Gareth held Head of Equity Trading positions at both Alfa Bank and Uralsib Capital.

Board of Directors Expanded

“Since our UK operations were granted regulatory approval by the FCA we have been gradually building our team. We are delighted that Gareth has joined especially given his experience in both European and Russian markets. The appointment affirms BCS’s aspiration to become the main hub for trading securities between London and Moscow.”

Speaking in the official press release regarding his new position, Gareth Johnson, Senior Trader at BCS said, “I have been impressed by BCS’s ambition and recent evolution in the international arena, and am pleased to be a part of this exciting period for the business. Russia’s markets are now extremely sophisticated and we want to promote the country’s capabilities to the global trading community.”

The BCS Group structure, as can be seen in the following diagram, headed by the firm’s President  Oleg Mikhasenko, from their corporate website description: 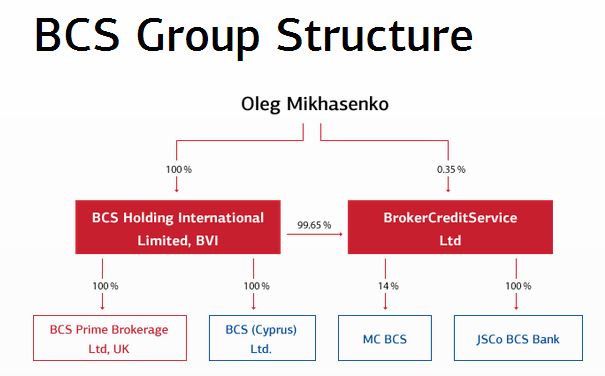