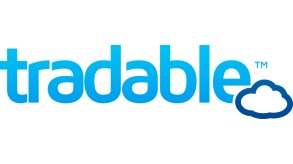 Tradable, the world’s first apps-based trading platform for electronic trading in financial markets, has reported a number of developments including a new hire at its executive level. The Copenhagen-based firm has appointed Patrick Mortensen as its Chief Commercial Officer to spearhead developments as the firm enters a new era of growth. The move comes as Tradable crosses 24 months since inception and continues to compete in the fragmented retail trading platform arena.

Tradable extends its top management, apart from the appointment of Mr. Mortensen, Forex Magnates reports that Torben Melchior has been promoted as the new Chief Operating Officer, according to Mr. Melchior’s Linkedin profile he moved into the new role in June 2014, he was formerly the Head of Ecosystem at the firm.

Mr. Mortensen was a former Senior Manager at leading broker, Saxo Bank, where he worked in a number of senior roles, including, Regional Head of North America and Head of Institutional Business and Institutional Marketing. He joins Tradable with nearly a decade of experience in the Retail FX sector having vast experience at various managerial roles within sales, marketing and business development.

Patrick Mortensen, pictured, commented about his new role, “Over the past years I have seen a wealth of technology innovations within the FX space, and Tradable is definitely one of the most ground breaking and possibly market transforming technologies I have encountered. Along with many industry colleagues I have been sincerely impressed by the level of new thinking and high quality Tradable has brought to the FX space in such a short time. I am immensely looking forward to joining the great team at Tradable and playing a part in the continued success of the company.”

According to details issued in the company statement, he will be responsible for commercial strategy and development, with a focus on further accelerating the success of the Tradable offering. Jannick Malling, CEO of Tradable, comments in a statement: “Patrick Mortensen brings a wealth of industry experience and insight to Tradable which will be invaluable for our ambitious growth plans.” 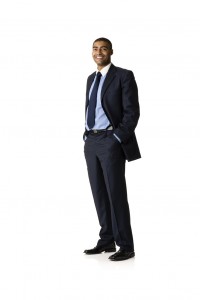 With two new appointments at the ‘C’ level, Tradable also reports that it has extended its development team, in addition, the firm states that the enhanced team will be situated at its new Copenhagen headquarters. Tradable was unable to confirm the exact nature of the projects the new developers will be working on, however Forex Magnates believes it will be to extend the capabilities of the Tradable API, create apps and support third-party developers. On its job board the firm was looking for developers with the following skill set, knowledge of JavaScript, HTML5, CSS, in addition, experience with Java, Swing and JavaFX is preferred, but not required. “Our new appointments will enable us to accelerate our plans,” added Mr. Malling.

Tradable has strategically collaborated with financial services firms from across the globe since launching in 2013, with each broker having a stronghold in their respective market. Mr. Malling explains: “We have been selective about the brokers we have chosen to work with, and it has taken time getting the regulation right across various jurisdictions.”