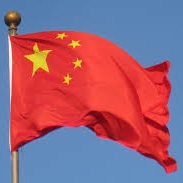 Shanghai’s FTZ is a key nexus for yuan trading and is the first of its kind in Mainland China. Initially set up as a proving ground for free yuan convertibility and interest-rate pilots, the FTZ was afforded a three-year edict to foster unique regulatory exemptions, namely the abolition of forex deposit caps, cross-border yuan settlements and foreign loans.

As Executive Deputy Director in the FTZ, Mr. Dai was tasked with day-to-day operations and management of all municipal undertakings, including monitoring investments and a trial of targeted economic liberalizations. It is unclear what the nature of Mr. Dai’s violations were, however the FTZ has two years remaining on its mandate. No succession candidate was announced at this time.