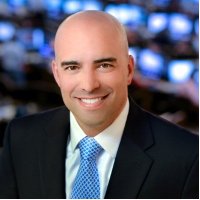 Last week, BATS completed the acquisition of HotSpot as it officially entered the forex markets realm. The firm acquired KCG’s FX unit for over $360 million. BATS’ president was bullish on the move as it marks the exchange’s entrance into the vibrant forex markets.

Mr. Goodbody joins BATS via the aforementioned merger, having been a part of KCG Hotspot FX since 2008, where he worked in a number of senior level roles over the past six years. He has been the group’s Chief Operating Officer & Head of Sales, and most recently the Managing Director.

In his new role as the Senior VP and Head of FX at BATS and BATS Hotspot LLC, Mr. Goodbody will be based out of New York City, helping oversee the newly acquired Hotspot arm.