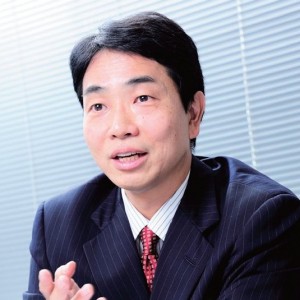 “Meet the Experts” reached out to Toshihiko Katsuya, President at Monex FX for an exclusive glance into the state of Japanese forex markets and behind the scenes look at seemingly waning volumes.

Monex Group is one of the largest and most respected brokers in Japan, a country famous for its role as one of the true hubs in the forex industry. In the first half of 2014 however, unusually tranquil markets have helped contribute to historically low volatility that has yielded a tremendous influence on forex volumes worldwide – Japan most of all. Mr. Katsuya’s testimonial and analysis helps clarify the forex climate in Japan and offers a series of explanations of theories behind the region’s recent woes. Part one of his full length interview can be read in full below.

1) What do you feel is the biggest cause for the recent downtrend in forex volumes facing Japanese brokers in recent months?

As you see the over the counter (OTC) numbers, for the last couple months the trading volumes don’t look so good, and I think the biggest cause for this is certainly the lower volatility for the USD/JPY. Last year, there was a huge JPY depreciation, over 20% against the USD, so there were many new forex traders coming into the market. The USD/JPY portion as a portion of the entire currency pair is nearly two-thirds of the entire currency pair in Japan.

This trend continued until recently, so the USD/JPY still is much higher than any other currency pair – as such since the volatility is becoming much lower, there is much less opportunity to trade this pair in Japan. This trend is very unique for the past two years. Before 2012, in Japan the USD/JPY (26%) was amongst the most popular currency pair, though the EUR/JPY (33%) and EUR/USD (20%) were also quite popular. However, last year, the USD/JPY volume share rose to 65%, the EUR/JPY fell to 20%, and the EUR/USD encompassed just 4% of forex volumes in Japan – moving into 2014, this trend has continued.
In 2014, from January – June, the USD/JPY volume share has risen to 66%, the EUR/JPY is at 12%, and the EUR/USD is still at 4%. So, unless the USD/JPY volatility goes up, we will not readily see staunch rises in traded volumes in Japan.

Last year, Japan enjoyed a significant amount of trades and when we compare this year to 2013, 2014 does not look so good. However, when measured against 2012, the volumes now are much higher, thus longer term this year is not by any stretch a bad year. For example, according to the Financial Futures Association of Japan, in 2014 trading value in terms of JPY per day thus far is ¥12 trillion, compared to ¥16.5 trillion in 2013. But when we go back to 2012, daily value was only ¥6.5 trillion – so it’s true that YoY trading volumes went down, though again, it is important to consider last year as an exception rather than a sustained trend.

I also have a theory, that the characteristics of the traders in Japan has changed since last year – before last year Japanese traders traded more with EUR/JPY and EUR/USD, though because the USD/JPY went up so much, individuals could simply make money just longing this pair. With so many traders coming into the market in this context, they only know the USD/JPY so because volatility becomes lower, they simply don’t know how to trade other kinds of pairs.

Toshihiko, the flow in EUR/JPY and GBP/JPY could really become better. as soon as bank of England is finally starting to increase rates, we should have some real fun again!

Toshihiko-San, I loved this article!