By now many of our readers and clients will have been made aware of the monumental decision on gold holdings that Swiss nationals will be undertaking on November 30th. As we’ve noted elsewhere it’s highly unusual for financial democracy to be delivered by way of a referendum, particularly in a country famed for its secrecy and probity with regards to banking culture. However, the Swiss can be quite a paradox as a nation when faced with big decisions. For a country so wealthy and on the face of it a capitalist Utopia, certain radical, liberal ideals often float to the surface.

This year, by way of a referendum, the Swiss parliament failed to introduce a minimum wage standard. The idea being that every citizen, whether employed or not, should receive a guaranteed wage. The logic being that despite direct subsidies, the government would actually pay less in administration, whilst each citizen would obtain a degree of dignity. And certain sectors, such as retail, would enjoy a secular boost in performance. Switzerland is arguably the only place in Europe, perhaps globally, where the people have the right to make such a law come into existence by way of a referendum. Their system of direct democracy means the Swiss could even vote for free beer if they wanted to…hold that thought..

The reason the minimum citizen’s income referendum failed is that the Swiss government managed to play the ‘scare card’ very effectively, by suggesting that a country with such porous borders would experience a massive influx of immigrants in search of what they’d think was a free meal ticket. But the referendum on gold is predicted to be a far closer result. 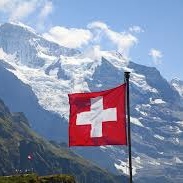 Indeed, according to Bullion Capital’s Paul Holmes, the ‘gold’ referendum on November 30th is uncomplicated, on the ballot is a single measure, divided into three constituent parts and a yes or no question. The motion that will be put before the Swiss parliament is to prohibit the Swiss National Bank (SNB) from any further gold sales, an order to repatriate any Swiss-owned gold held in foreign vaults back to Switzerland and a future guarantee that gold will make up at least 20 percent of the SNB’s assets. Overall this referendum is an attempt by a political party in Switzerland to bring more oversight and accountability to Switzerland’s central bank.

So where are we, in terms of predictions for the price of gold, should the ‘yes’ camp win the vote on November 30th? The gold referendum (if brought into ‘law’) would obligate the Swiss to purchase 1,500 tonnes of gold over a five-year period in order to reach levels of 20%. Latest data provided by the World Gold Council has revealed that the central bank of Switzerland currently holds 1,040 tonnes of gold, which constitutes 7.7% of its reserves.

Now that’s quite a chunk of gold the Swiss will have to find in order to increase their holdings to 20% and that’s moving aside the interesting conversations the Swiss govt. will have when they ask the USA to repatriate their gold reserves, reserves that many in the finance community believe have long since disappeared/been effectively stolen by previous USA administrations.

We’re simple folk us precious metal investors, but we can ‘do the math’ and calculate that, whilst gold won’t suddenly become an impossible asset to obtain, the Swiss demands, if brought into law by way of the referendum, would inevitably put intense pressure on supply.