Over 40,000 traders saw the plan, saw the trade, and saw that I wanted to buy this currency pair. I even bought Facebook ads, I was so confident in this trade. You might have seen the Facebook ad pass by on your feed, next to the pictures of kittens throwing up on babies while driving. Anyway – I wanted as many people as possible in the world to see the trade and take it with me and make some money. Buy it at 1.5500 or sooner, and hold on until 1.5600 or later. Easy. It’s my favorite kind of trade.

Then the trade opened this morning. Great, right? Sure. I had a plan. Tens of thousands of traders saw it. Maybe a few thousand of you were going to take it with me.

And my brain turned to mush. The trade was open, and I started to ask myself: is there a better profit target? Hmm. That looks good. Oh, the trade is up 100 pips, I said later in the day. I even loaded MT4 onto my iPhone (hey, that’s pretty cool) so I could double check on it and obsess about it while I was in line for Pirates of the Caribbean. I started rethinking the trade. Replanning it. Did I have more information? yeah! I had more info. The trade was open. That’s not a heck of a lot of additional info! 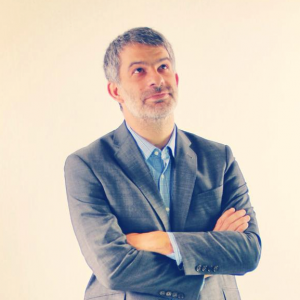 Do Not Second Guess Yourself

Was I learning anything? No. I wasn’t even trying to learn anything. I was looking at dollar signs and pip levels. It’s only after this trade is closed that I will really learn anything about what I did. But trying to learn about whether I took the entry at the right price – while the trade is open – is a little bit ridiculous. We’re always going to second guess ourselves and get doubtful about it right after it’s open. It’s no time to start evaluating what we’ve done. It’s time to act, to react, to get the trade managed properly. But to second guess your skills? That just invites your ego to start criticizing itself. It will bring you down. You won’t do well on the trade.

Here are some things I think you can do to improve your trading right away, immediately, with what we’ve talked about on the recent podcast.

Expect every trade to perform well for you. If it doesn’t, and you know it because you planned it out ahead of time, then react accordingly. Trading live is about reaction. Trading successfully is about planning those reactions ahead of time.