Yes, it’s fine. Listen, if you are smart enough to figure out how a natural disaster or a terrorist act will move the markets, then perhaps you could make some money from that information, and then spend that money to make the world a better place. I like that idea.

Right now, we’re facing renewed tensions in the Middle East, and a new Cold War sits out there like a pending order in the political trading accounts of the U.S. and Russia. How might the markets react?

Look for the following:

1) A stronger Japanese Yen, and a stronger Swiss Franc. These currencies do well in times of conflict. Usually, they will grow the strongest in times of financial distress – but they will also appreciate in times of escalating violence or (especially) political uncertainty. Larger investment firms (such as hedge funds that think in the short term) might pull out of stocks and into safer, cash-like investments. And the Japanese Yen and the Swiss Franc have always been favorites. Not so much the US Dollar.

Sometimes, however, we see major conflict in the world, and nothing happens in the financial markets, like when someone rips the tablecloth off a table, and the flowers are still left standing. The bottom drops out but there isn’t a huge reaction. That’s possible, especially in a soaring bull market like we have right now.

2) Look for the EUR/JPY currency pair to drop below 137, and stay below that level for more than a week. If that happens, then as far as I am concerned, we have a much more substantial bear market coming. That means losses in the major indexes, 100-200 pip drops in the EUR/JPY and GBP/JPY currency pairs, and things like dogs and cats living together. And mass hysteria. 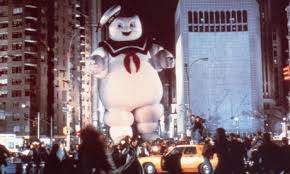 3) Focus on price, not on the conflict. Don’t start to say things like, “Well, the demon Zuul appeared on the Upper West Side in New York City, in the form of a giant marshmallow, so the EUR/JPY is definitely going to fall.” That kind of story-telling gets you in a LOT of trouble very fast. Once we start believing a story more than believing price, we get kicked in the crotch.

4) Make sure you’re watching the GBP/CHF right now. That’s the pair I am looking at very closely. It has huge amounts of room to fall. I am not giving you specific trading advice here, but rather telling you that I am already short this pair and plan to hold that trade for at least a couple of weeks, if not longer. I see this pair chasing the 1.5150 level like a giant rabid dog pursuing a lonely accountant through Central Park. (Maybe it wants a milk bone?).

Certainly, the GBP/CHF could go up 400 pips and the JPY could weaken, and make me look foolish. But it wouldn’t be the end of the world.

(And yes, those were a lot of Ghostbusters references.)

Ultimately, there are always going to be conflict among people in the world. But there is a much greater aspect of the human experience that is non-confrontational. It is a matter of where you choose to place your focus. Ethics is an interesting subject that essentially allows the user to promote their own biases about life as being superior to that of another human. You can easily ask the same question about the TV, t-shirt, shoes, smartphone, or any other item that you have used that some or all of the components or assembly was done in a ‘sweat shop’.