When I first began to trade successfully, about 13 years ago, I got a little bit cocky. Ok, I got really cocky. As you might know, arrogance mixed with ignorance is a dangerous combination. I had enough of both to blow up a small city, or at least a small trading account.

This arrogance, spiced with a little bit of egomania generated from a recent string of winners, led me to believe that I could turn $5,000 into $10,000 on the release of an economic report. I think it was the Non Farm Payroll report, but it just as well might have been the US Trade Balance numbers, because back in those days that was a major report. Do they even still have that economic report? 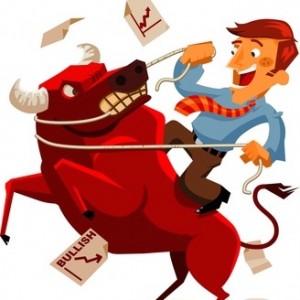 Now, let’s get to the question. I recently said that your trade size should be “enormous,” and I wrote that while I was on a trans-Pacific flight, sleep deprived, kind of angry that the pack of Thai children surrounding my seat on the plane were kicking, screaming, biting, yelling, and generally throwing trash and food all over the place. So, if you didn’t like what I had to say in that last column, let’s try a different approach.

Another view of trade size: SMALL

Wait!? Didn’t I say the contrary in my last column? Yes. I did. Didn’t I already explain to you that I want to share a different opinion? And that those Thai kids messed with my already tenuous psychological stability?

Here’s what happens when you trade a very small lot size. Let’s say you should trade for no more than .30/pip (three micro lots) per $10,000 in your account.

1) You never worry about your trades.

2) You can add to a losing position the next time the setup happens. We should talk about this in my next column.

3) You easily and happily get into trades that you know you like, without any hesitation, because if it does not work out, it’s no big deal.

* You might be thinking, “Rob, I don’t have time to wait that long for my account to grow.” My answer is, “Trade a bigger size, and just deal with the reality that you might lose all of your money trying to make a ton of money.”

5) You have zero risk of blowing up your account. You will never margin call your account with this small trade size. It is a wonderful feeling. 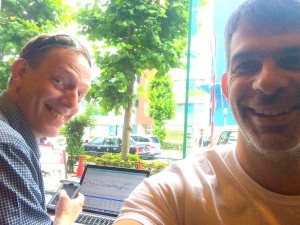 13 years ago, when I lost $5,000 trading the news, and I hadn’t doubled my money but rather lost an entire trading account, I stopped trading for a couple of weeks. During that time I realized that I had an unbroken string of 7 profitable weeks leading up to this event. And that I had simply grown frustrated with the slow pace of growth in my trading account. How paradoxical that my unquenchable desire for growth is what led to that margin call. Beware: the obsession with fast growth can lead to massive, instant, body-shocking losses.

And on that delightfully optimistic note, I’m going to race off to the nearest Starbucks in Tokyo.

Get updates and emails from Rob at robbooker.com