Litecoin (LTC/BTC) briefly jumped back above 0.01 on BTC-e for the first time in nearly two weeks as the altcoin advanced in dollar-based trading while bitcoin remained flat.

However, since then, litecoin gradually converged toward a tight range around $3.55, hovering 7% above 2014 lows but making no serious threat to break them. 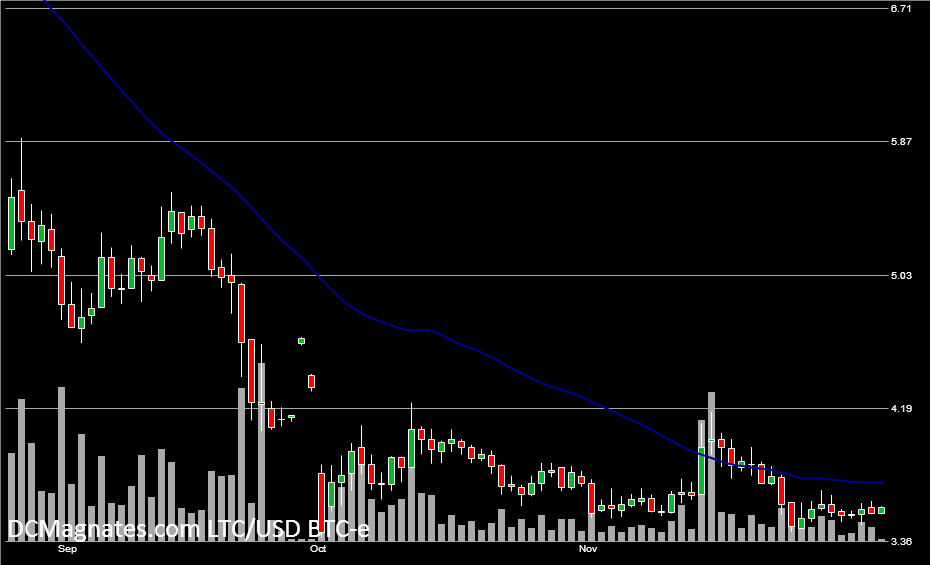 Since hitting its bottom near $3.30 in October, litecoin has stemmed its slide. Today’s jump has thus sent LTC/BTC above its 50-day moving average (MA) for the first time since the November 11 rally. Like BTC, which also recently overcame this barrier–for the first time in months–the crossover was possible due to a relative flattening in prices and a pause in declines. Thus, a gradual convergence between the MA and the traded price was easily overcome with a sudden spike like today’s.

The reversal in the trend may signal that LTC has bottomed out in the mid-term. It would need to carry this momentum into the coming weeks without any significant breaches through the $3.50s.