There have been some strong titled headlines since Tuesday evening about bitcoin. But, prices have remained steady, and the network is still up and running, so what’s really going on.

The negative press has been in reaction to the Department of Homeland Security (DHS) sending a court order to payments company Dwolla, prohibiting the firm from sending money to MtGox. 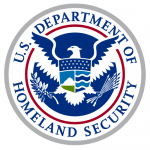 A little background. Dwolla is a US based payment solution provider that lets users on its network send dollar based payments for only $0.25. It is a debit based product with users linking their bank accounts to the network. As it is debit based and not credit card based, it has become a popular funding choice for bitcoin exchanges, due to the instant transfer and lack of chargebacks. In the case of MtGox, the exchange set up a US based bank account for receiving Dwolla deposits from its account holders. The MtGox account was registered under the name of Mutum Sigillum LLC. In the DHS court order, they have restricted Dwolla from sending payments to this account as Mutum Sigillum/MtGox is involved with currency exchanges but hasn’t registered a Money Service Business (MSB).

In effect, what the DHS has done is shut down MtGox’s US operations for failing to correctly register itself as an MSB. At issue are guidelines from the US’s Financial Crimes Enforcement Network (FinCEN) that created guidelines last year for bitcoin operators and based on their business models required them to become a MSB. As MSBs, bitcoin operators are required to gather information on clients, in part allows them to adhere to Anti Money Laundering laws. For its part, Dwolla has stated on its website that it is not involved with the court order, and the actions are between the DHS and Mutum Silligum/MtGox.

For MtGox, this is a major hit, as it constricts their largest market and also comes as they were recently served a $75 million lawsuit by CoinLab. The CoinLab lawsuit is worth mentioning as in the failed partnership between the two firms, it was agreed that CoinLab would act as MtGox’s US representative. As the North American marketer for MtGox, CoinLab was to act as the MSB representative to provide a legal framework for the exchange’s US operations. As such, with that agreement dissolving, the timing of the DHS court order comes as MtGox failed to transfer information of its US business to CoinLab by a May 7th date, as per their deal.

Overall, the current case hasn’t done much to affect prices of bit coin, as they continue to be trading above $100 (see recent chart). The lack of money flow from Dwolla could sap demand to MtGox’s exchange, which in turn could decrease prices. However, any price declines could be short term as more US exchanges that are registered MSBs are expected to get up and running soon. Also, recently funded Coinbase continues to see expansion of their user base and has been rolling out new merchant tools such as ‘subscription based’ payment options.

Google Wallet is Google’s payment system that was launched two years ago. Similar to paypal, the product allows users to link debit, credit and gift cards for mobile based purchases. Taking the product a step further, Google has announced integration of Google Wallet with Gmail, with users being able to now send payments over email. Although Google Wallet is by no means considered a widely used app, the basis of mobile payment integration as the center for multiple financial products is a growing sector. Specifically in Japan it is seeing fast adoption, and was one of the reasons stated by Yahoo Japan in its purchase of forex broker CyberAgenctFX last year.

Moving to bitcoin, although a rival service, Gmail payments proves that technology is moving quickly in the direction of non-traditional transfers. Bitcoin bulls view this as further proof that the need for P2P electronic payment networks is growing within the world.