Dash, the cryptocurrency formerly known as DarkCoin, has achieved an overall total market value of $70 million for the first time ever. The new market capitalization record is supported by trading volumes of about half a million dollars a day and an exchange rate of about $10.5 per coin. In total the price of Dash increased by over 16% during the past week or so. 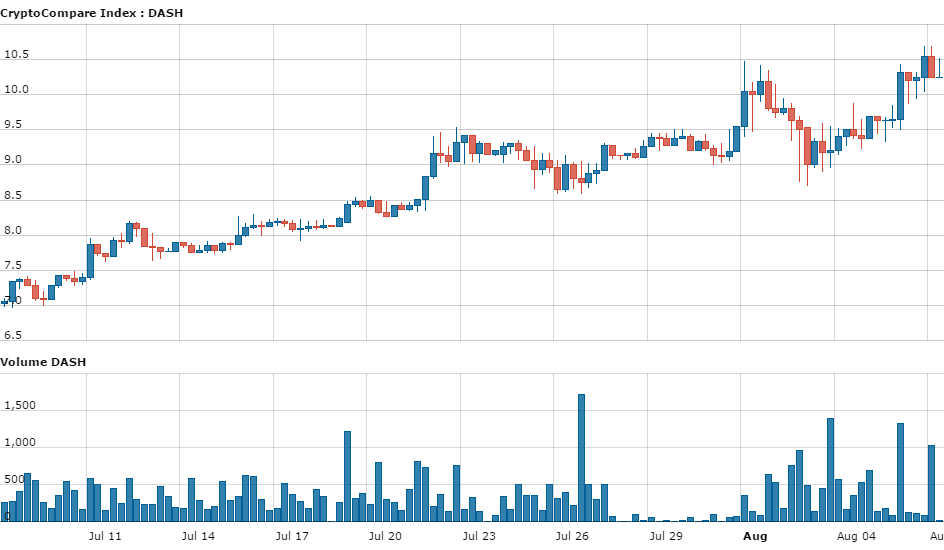 Over the last twenty-four hours alone the Dash market value increased by over 2.5%. This might have been prompted by the sudden news that the multi-platform blockchain wallet Jaxx is about to add it the to its list of supported cryptocurrencies, which currently includes Bitcoin and Ethereum. The move will allow Jaxx app users on the popular iOS, Android and other operating systems to access the current seventh most valued cryptocurrency by market capitalization, Dash.

The announcement was made public on Saturday in an interview by the founder of Jaxx, Anthony Di Iorio, with Dash’s Amanda B. Johnson.

In July Mycelium, one of the world’s first Bitcoin software wallets, has announced plans for integration of Dash which are planned to come into effect in October 2016. Earlier that month it was reported that TigoCTM, a Panama-based Crypto Teller Machine company, has added Dash to the roster of currencies available on its ATM network in Latin America.