As China dominates the bitcoin ecosystem, with both the biggest mining operations and most active exchanges, every development in the market can send the price of the cryptocurrency shooting up or down. Today it is down again.

Yesterday it was unconfirmed online rumors of a clampdown on virtual capital outflows in China that triggered a selloff, sending the price from as high as $1140 to lower than $900. Today it is an official call to act rationally by the People’s Bank of China (PBOC) that spooked investors. After the BTC/USD exchange rate rebounded above the $960 levels it is now back around $880. 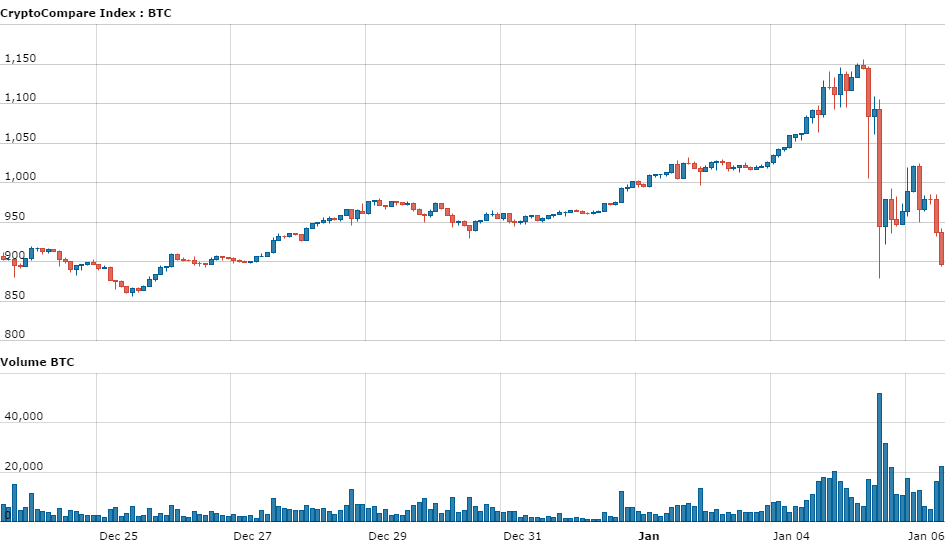 According to Reuters, earlier today the Chinese central bank called on the country’s institutional and individual investors to take a “rational approach to investing in virtual currencies such as bitcoin.”

The PBOC said in a notice that as the cryptocurrency’s price has showed abnormal fluctuations, its officials were prompted to meet representatives of Shanghai-based BTCC, one of the biggest bitcoin exchanges in the world. The PBOC officials cautioned against potential risks in the platform’s operations and asked it to carry out “self-inspection” according to the law, the bank notice said.

The central bank also reportedly stressed again that bitcoin is not a currency and cannot be circulated as a real currency in the Chinese market.

Link to the official notice (in Chinese) at the PBOC website, here.

Share this article
Tags: bitcoin / china
Got a news tip? Let Us Know

Good article. Many thanks.