This week provided one of the best examples of why cryptocurrency trading is still a roller coaster ride unsuitable for the timid. After the price of Bitcoin fell as low as below $1900 on Sunday, it has bounced back to as high as over $2900 in trading earlier today – a jump of more than 50% in less than seven days. 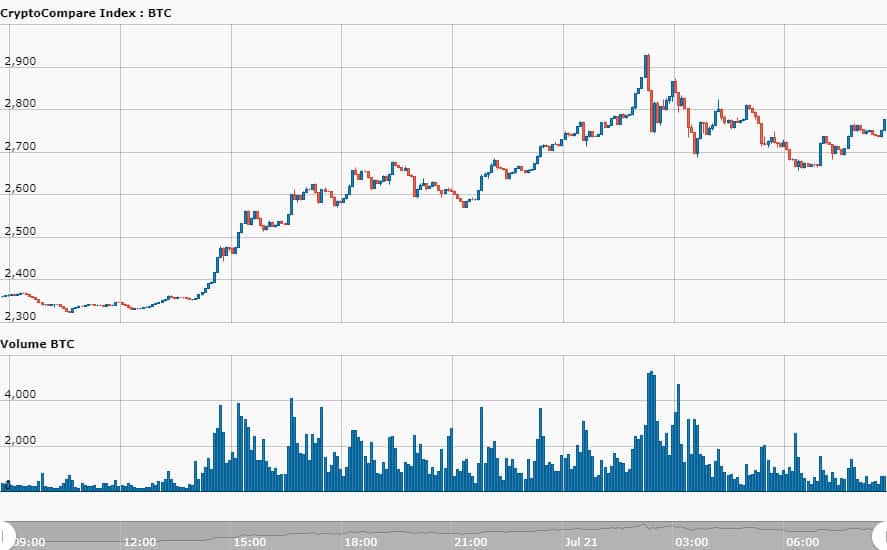 The reason for both the crash and the rally is the ferocious debate in the Bitcoin community about implementing a blockchain feature called Segregated Witness (SegWit) which is meant to add to the transaction capacity of the system.

When it seemed that a consensus going forward was out of reach, many feared that users will choose to activate a soft fork on August 1st, essentially breaking the Bitcoin blockchain into two competing splinter cryptocurrencies. This obviously was not good for investor confidence, encouraged short sellers and hurt the price.

Now that the threat has apparently been averted, positive investors are returning to the market. The consensus was reached as an overwhelming majority of bitcoin miners signaled their support for SegWit activation under BIP 91 (Bitcoin Improvement Proposal 91).

Congratulations bitcoin. Barring any shenanigans, Segwit will be activating soon. I’m going to have to upgrade it from appendix to chapter

The bitcoin community is obviously hailing this rare achievement of consensus among the different factions as an important milestone. However, caution is advised as one can never be truly certain how will things turn out with this wild ride.