After months of heated debate regarding major changes to the protocol underlying the operation of bitcoin, a consensus about the way forward has now finally been reached. The price of the leading cryptocurrency has subsequently increased which suggests that traders and investors have much more confidence in the future of bitcoin today than before. However, only time will tell if the announcement helps it overcome or reintegrate competing breakaway solutions (such as BitcoinClassic).

Taking part in the Bitcoin Roundtable in Hong Kong’s Cyberport were core developers and community leaders as well as CEOs of mining firms, exchanges and other industry mainstays. Among the points of agreement that have been reached is a commitment by the Bitcoin Core contributors to develop code for a safe hard-fork based on the improvements in SegWit by July 2016.

According to the Roundtable agreement, this hard-fork is expected to include “an increase in the non-witness data to be around 2 MB, with the total size no more than 4 MB, and will only be adopted with broad support across the entire Bitcoin community.” If there will be such strong community support, the hard-fork activation will likely happen around July 2017. All the backers of today’s roadmap also pledged that they “will only run Bitcoin Core-compatible consensus systems…for the foreseeable future.”

Brian Armstrong, the co-founder and CEO of Coinbase, has already publicly commented on the consensus, calling it “Too Little, Too Late” and continued encouraging bitcoin firms to switch away from the core implementation. “There is a big difference between words and action. The consensus proposal is a series of words and it’s still unclear if those will be upheld. Meanwhile, another team, BitcoinClassic, has already taken action and shipped a working solution in code that we can use today.”

The BTC/USD rate reacted positively to the news, getting back to around $450 per BTC – levels unseen since right after the new year started. 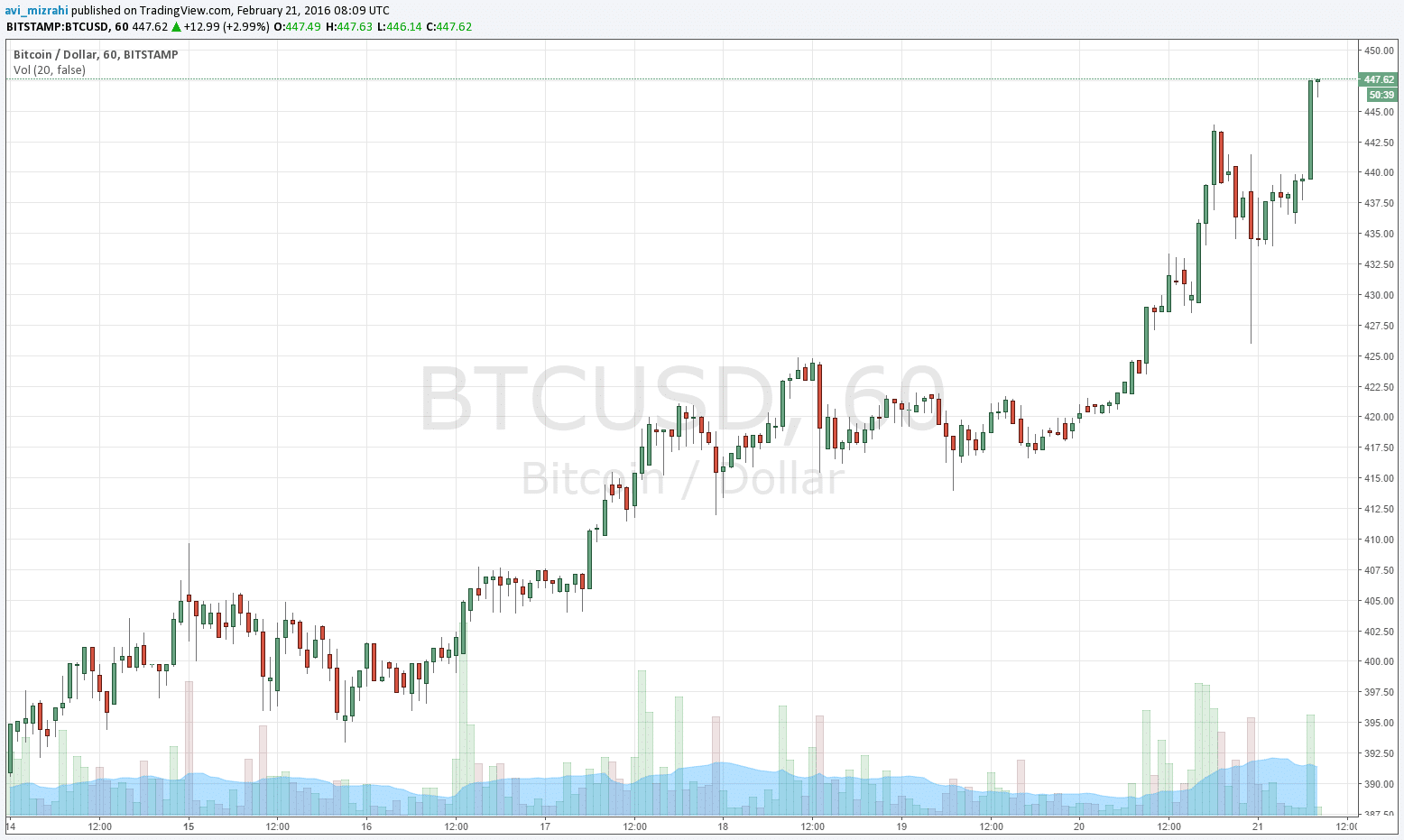