It seems the recent Bitcoin rally is not unstoppable after all. After the BTC/USD exchange rate reached as high as $744 per Bitcoin yesterday many expected it to very soon break the $750 benchmark. Instead, the price rapidly crashed to as low as $677 before settling back around the $700 level.

The reason for this unexpected drop is new rumors that Chinese regulators are set to limit Bitcoin trading. If this sounds familiar it is because we have seen this play out before a number of times already, when Chinese central bankers and financial authorities made some disparaging statements about the cryptocurrency.

What seems to have sparked the rumor mill this time are unconfirmed reports assigned to anonymous Bloomberg sources that China is looking to limit Bitcoin as a way to prevent people from moving their funds offshore. After a Bloomberg Terminal screenshot posted on social media first appeared with the story, many people doubted the validity of the report. However, soon after the popular financial doom and conspiracy blog ZeroHedge picked up the story and ran it to its considerable avid following giving it a higher level of credibility with many day traders.

Charles Hayter, the CEO of CryptoCompare.com, comments: “At this moment the rumours are unverifiable leading to a number of possible scenarios – With uncertainty comes volatility.

A premium has been in existence on the Chinese markets for the past few weeks as the Yuan has depreciated – on peaks this has been as high as $30 between various markets. The average difference has now come off with the three largest Chinese exchanges trading on a par with the two largest USD exchanges, BitFinex and Bitstamp.

This would suggest more weakness on the CNY markets and a haltering of the optimism, for the time being, in China.

Either the story is true and Bitcoin will face trouble in China – or rumours are being created and circulated  to move markets – which is not a stretch of the imagination.” 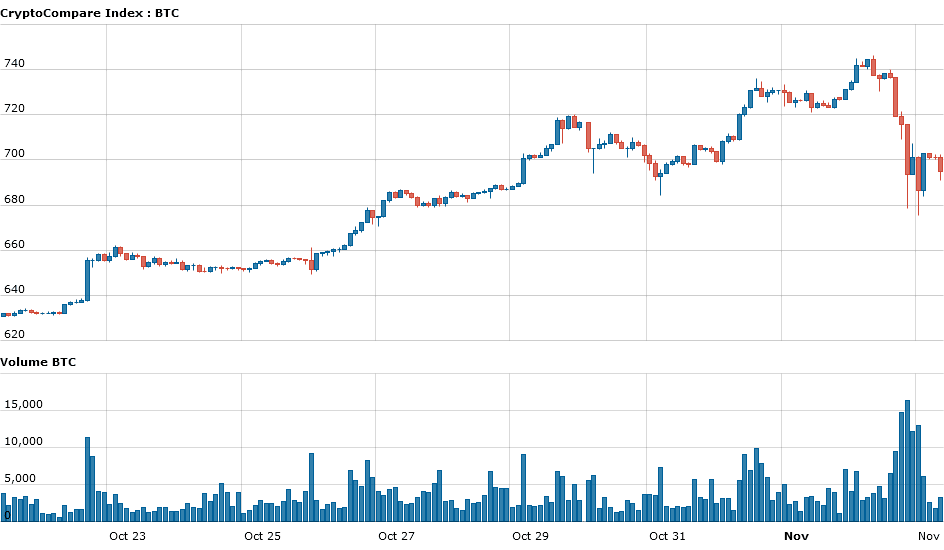 Ban? what you on about? the rumour was limited the amount of bitcoin sent from an exchange to a foreign exchange. how is that banning it?