The United States SEC (Securities and Exchange Commission) has paid out $39 million to one whistleblower and $15 million to another–a total of $54 million.

The $39 million reward is the second-largest ever granted by the SEC. The commission said in an official announcement that these whistleblowers’ “critical information and continued assistance helped the agency bring an important enforcement action.”

“These substantial awards send a strong message about the SEC’s commitment to whistleblowers and the value they bring to the agency’s mission,” explained Jane Norberg, Chief of the SEC’s Office of the Whistleblower.

The SEC has doled out more than $320 million across 57 individuals since the reward program began in 2012. The announcement explained that the money is kept in an official, Congress-established fund that is financed by fees collected from entities who violate securities laws.

When a whistleblower “[provides] the SEC with original, timely, and credible information that leads to a successful enforcement action,” they are eligible for a reward that ranges anywhere from 10 percent to 30 percent of the money collected. This rule only applies if the funds collected exceed $1 million.

At TechCrunch Disrupt earlier this week, head of the SEC’s San Francisco unit Jina Choi revealed that the SEC is intensifying its efforts to investigate private companies. Perhaps most notably, Choi confirmed that the commission is investigating Tesla CEO Elon Musk regarding a tweet that he sent saying that he had “funding secured” to make Tesla into a private company. 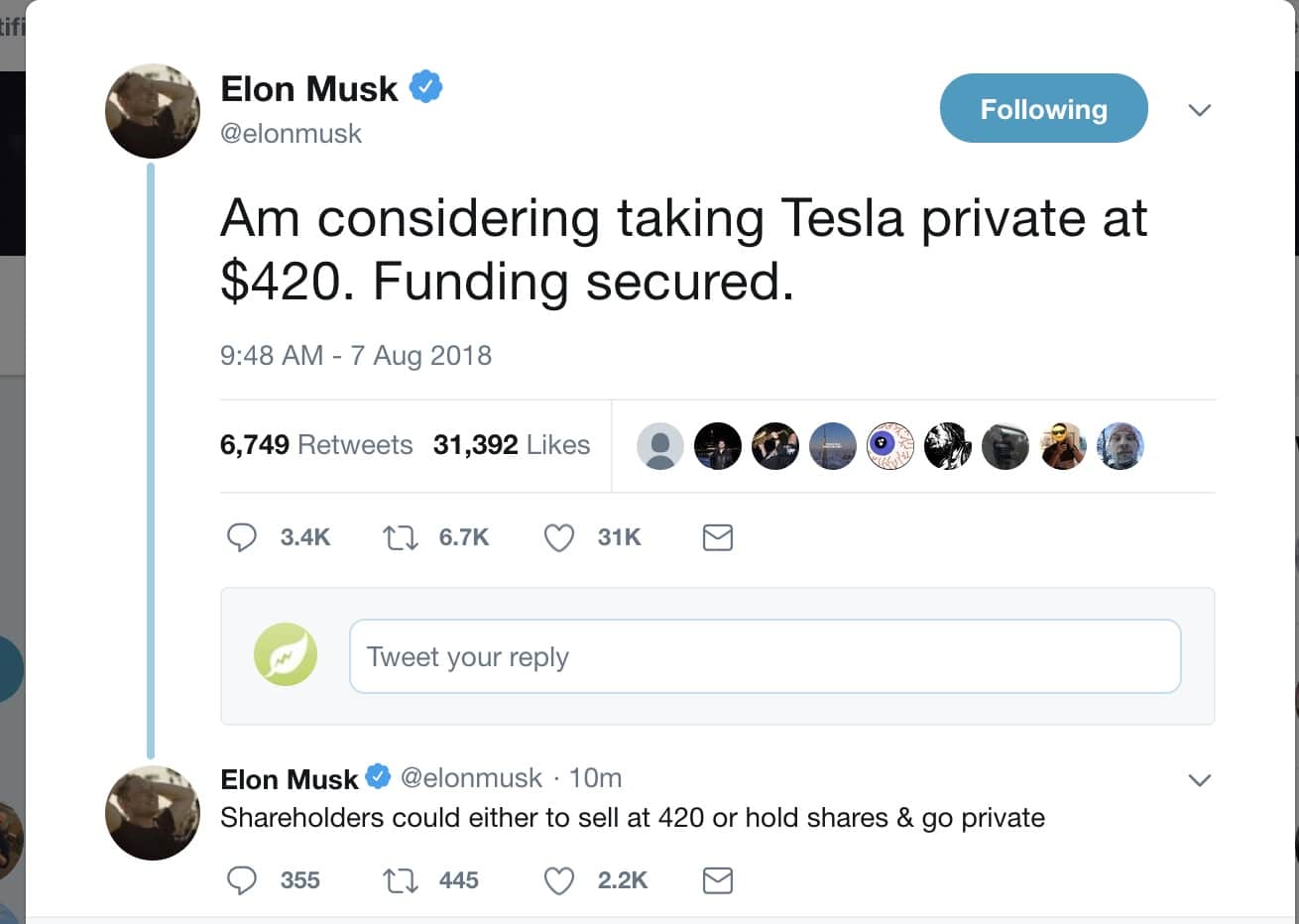 The SEC isn’t the only American government organization to have been ramping up its enforcement efforts. In early August, the United States CFTC (Commodity Futures Trading Commission) announced a series of whistleblower awards that totaled over $45 million.

“The awards demonstrate the growing success of the CFTC’s Whistleblower Program, in particular the increasing volume and complexity of incoming whistleblower submissions,” said an official statement.