Ex-Bitsonar employee, Yaroslav Stadchenko, a former employee of alleged Bitcoin ponzi scheme Bitsonar, appears to have been kidnapped in Ukraine. The kidnappers likely targeted Stadchenko because of his intentions to file complaints about Bitsonar internationally.

Local news sources have circulated a blurry video of a group of people shoving a man inside a gray minivan in a dark street. The man screamed for help; passers-by ordered the kidnappers to let the man go. In the end, the attackers managed to get the man into the van before driving off.

Stadchenko’s wife, Julia later confirmed to CoinDesk that the man in the video is her husband. She also said that he had gone missing on his way home from work at around 11 PM local time, and that she had found his belongings on the street.

Julia Stadchenko also said that before her husband was taken, he had informed Bitsonar chief executive, Marius Ziubka that he was going to file complaints on Bitsonar with international law enforcement agencies, including the United States Federal Bureau of Investigations.

Then, on Wednesday of this week, the lawyer of Bitsonar’s founder allegedly called Stadchenko to suggest that the conflict could instead be settled ‘peacefully’.

Bitsonar was outed as a scam in June, when Stadchenko, acting under the pseudonym ‘Jan Novak’, took over the project’s website to alert the public that the project had “turned into a financial pyramid (ponzi).”

“All your funds have been stolen by the owner of Bitsonar OU,” the website reads, specifically saying that “this is not Marius Ziubka at all.” Instead, the website names a Ukrainian national called Alexander Tovstenko as the culprit behind the alleged scheme.

Shortly after, ForkLog posted a comprehensive report detailing the history of the scam, which included accounts of users saying that they were unable to withdraw their money.

As Novak, Stadchenko claimed that Tovstenko had halted withdrawals from the platform in the beginning of 2020 and absconded with the rest of the funds, which allegedly totaled roughly $2.5 million. 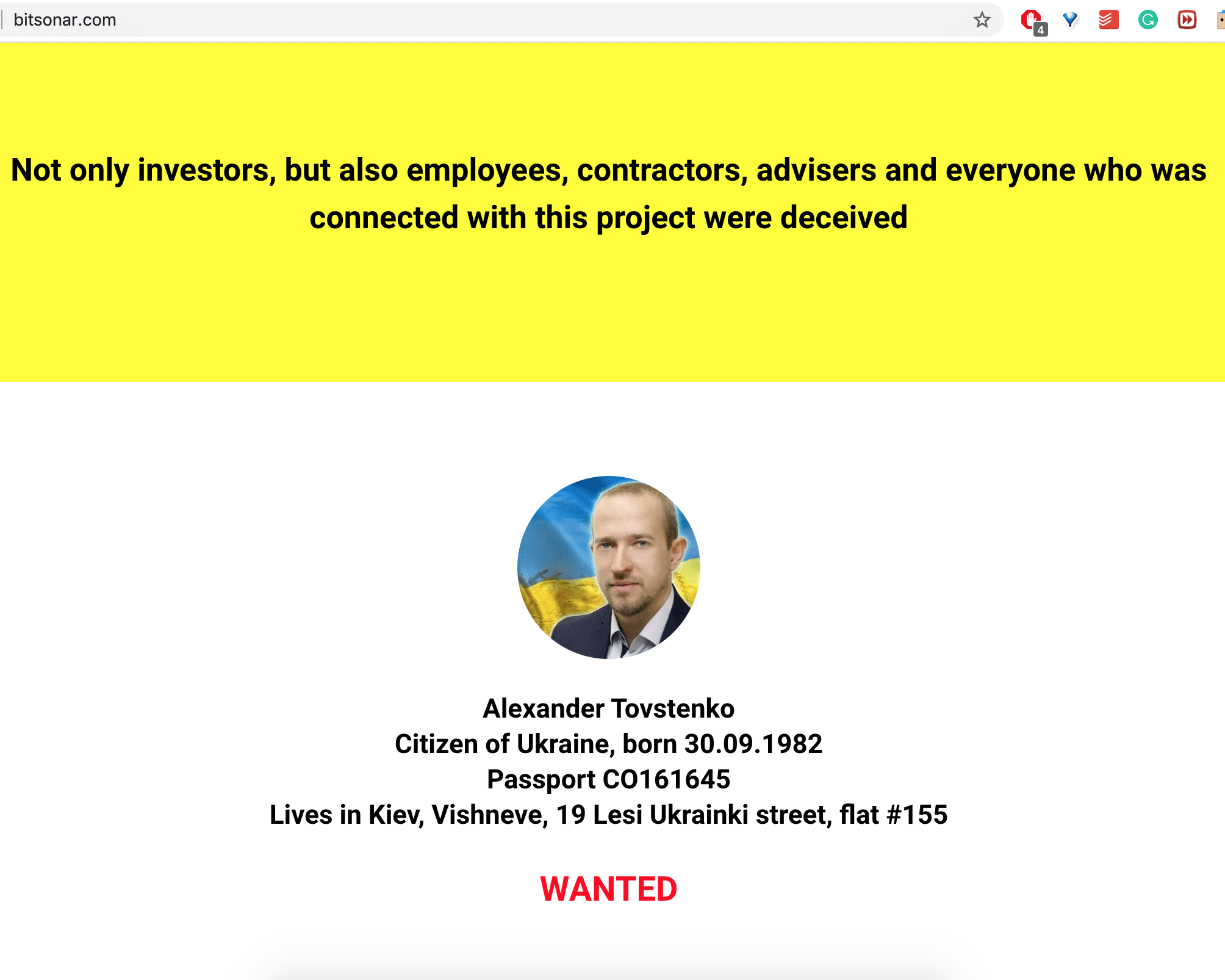 Stadchenko also indicated in the ForkLog interview that he felt his life was in danger: “I had gangsters waiting for me just outside my house. I had to flee and live elsewhere, although I have a wife and two small children.”

On Aug. 6, the website went down and users lost access to their accounts. Regulators in Estonia have allegedly revoked the project’s license.