Facebook’s enigmatic blockchain project has become a little less mysterious; little by little, details about the project are coming into public view.

One of the latest pieces of information that came to light was the projects internal name–the name that may eventually become the token’s official moniker. Before last week, the world knew the effort to build the blockchain and its corresponding currency as “Project Libra.” Now, we know that Facebook’s crypto has been internally referred to as “Globalcoin.”

The name sends a clear message–Facebook is clearly aiming to establish a financial network with a stablecoin that can be used to send money to anyone anywhere at any time.

And if any entity has a shot at as establishing such a network, it might as well be Facebook. After all, the social network has 2.37 billion active users located in just about every corner of the globe–and money is likely an important part of every single one of those users’ lives.

Undoubtedly, then, the potential for a truly “global,” Facebook-powered financial network is there–but what does the project really need in order to be successful?

GlobalCoin Could Be Good for the Crypto Ecosystem

Mike Novogratz, renowned Bitcoin bull and founder of crypto merchant bank Galaxy Digital, has been one of the most outspoken supporters of Facebook’s foray into crypto. While other industry insiders have remained hesitant to say much about the project, Novogratz came forward last week on CNBC’s Squawk Box to say that “Facebook is wildly important for the ecosystem.”

Novogratz argued that the launch of the crypto project is the social media network’s way of silently endorsing blockchain technology, adding that therefore, Facebook’s crypto project will add value into crypto markets rather than take it away.

This is because according to Novogratz, there is plenty of room in the ecosystem for multiple coins to serve multiple purposes. In his view, Bitcoin will remain as a long-term store of value rather than the “digital cash” that it was originally intended to be, while GlobalCoin or a similar project will take up a more transactional role.

“Facebook is wildly important for the ecosystem” – @novogratz on #cryptocurrency “Bitcoin is not going to be a payment currency. Bitcoin is going to be a stored value just like gold.” pic.twitter.com/NzyPeLxI3T

Major Benefits for the Crypto Ecosystem?

Gabriel Dusil, General Manager and Co-Founder of blockchain technology incubator Adel, echoed Novogratz’ statements in an email to Finance Magnates. “If Facebook’s coin achieves widespread adoption, then it will greatly benefit the crypto industry,” he said, adding that at this stage in the game, just about anyone major player that enters into crypto will likely benefit the ecosystem.

“At the moment, cryptocurrency is at risk of staying a niche play, relegated to a few million techno-libertarians and crypto-anarchists. With the help of Facebook, FAANG (Facebook, Apple, Amazon, Netflix, and Google) and other major players, crypto can enter mainstream legitimacy, and exceed billions of users.”

Daniel Popa, CEO of Anchor, also told Finance Magnates that Facebook’s blockchain project could bring a whole new level of awareness to crypto–but not before some changes are made.

“Education is key. Facebook has the ideal platform to educate audiences about the benefits of using cryptocurrencies,” he wrote to Finance Magnates in an email.

“Once people become more familiar with crypto and don’t associate it with drugs and money laundering, there are four main components that need to be in place for mass adoption of Globalcoin, which will also help to open doors for other stablecoin solutions to enter the mainstream market, and these are: 1) ease-of-use; 2) low transaction fees; 3) speed; and 2) ease-of-liquidity.”

But not everyone is so gung-ho about the project. Will Foster, Chief Product Officer at BitCar, pointed out to Finance Magnates that Facebook’s treatment of its users’ data could deter use of the GlobalCoin, at least for some.

“With the Facebook brand taking a battering over the past 24 months, due to user record leaks and the Cambridge Analytica scandal, I believe it is unlikely that the crypto industry will be affected by the introduction of the ‘Globalcoin,’” he said.

Additionally, the cryptosphere could be a very different place by the time that GlobalCoin is launched. “With Project Libra slated to be completed for 2020, the crypto space will already have shifted again. With the Ethereum network moving to a Proof of Stake system very soon and then shifting focus onto the introduction of sharding, many of the current scalability and efficiency issues will be drastically reduced.”

“This will again change the use-cases for new applications – creating a “Globalcoin” is just another Dapp concept, but from a brand that has been damaged for privacy and centralization issues. Unwinding this damage will be hard, which I believe is likely to affect the mass adoption and rollout of the Globalcoin concept.”

GlobalCoin Could Replace Tether As the Most Widely-Used Stablecoin

In addition to the educational opportunities that GlobalCoin could provide, the project could perhaps be the most viable competitor for stablecoin Tether, which has dominated the market for years in spite of a number of mounting controversies.

Crypto Curry Club & Technicurries founder Erica Stanford told Finance Magnates that indeed, “there have not yet however been any reliable stable coins to date.”

“Tether, the most known, has yet to fully confirm whether they actually have as many Dollars in a bank as they have Tethers in circulation- i.e. are they truly asset-backed?” she explained. “Most stablecoins have not gained trust and have difficulty proving that they are in fact fully stable or asset backed. Facebook has the reserves to potentially do this- to create a fully stable fiat backed digital token.”

“GlobalCoin has the ability to become one of the standard stablecoins on the market considering the impact Facebook has across the world,” he said to Finance Magnates. “I believe you will have a great deal of liquidity put into GlobalCoin, which could shift a lot of current interest in other stable coin projects into the GlobalCoin ecosystem.”

And if Facebook’s crypto can manage to establish itself as a reliable and easy-to-use stablecoin, the project could seriously disrupt traditional financial industries, including banking, remittance, and forex. 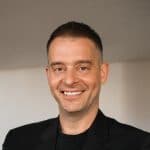 GlobalCoin Could Have a Serious Impact on Traditional Finance

Indeed, “where Globalcoin gets interesting is what it means for banking,” Erica Stanford said to FM. “With 2.5 billion users, if even a fraction of these use Globalcoin to accept and make payments, those payments no longer need to go through banks.”

“There is no reason [Globalcoin] couldn’t be used to pay remote or gig workers’ salaries, to pay for goods or travel, or even for landlords to accept rent payments,” she continued.

“Globalcoin- if pegged as claimed to the dollar, Euro and Yen – would be more stable than many national fiat currencies, which might attract some users from various countries to desire to earn in Globalcoin for international payments over the Dollar or their national currency.”

Therefore, “users would be able to make multiple transactions without needing to cash out into fiat or go via a bank. Where then does that leave PayPal, traditional banks, or even tax?”