The ICO (Initial-Coin-Offering) scene has been red hot for a while now, drawing ever more massive investments from cryptocurrency holders for a wide range of blockchain projects.

Yesterday we got to see another spectacular example of just how fast one of these crowdfunding campaigns can be. The Gnosis ICO raised 250,000 ETH (worth $12.5 million at the current exchange rate) in less than fifteen minutes, giving the project a $300 million market valuation.

These figures raised some criticism in the community as most investors didn’t get an opportunity to take part in the ICO due to the incredible speed with which it ended and because the new project’s valuation is double that of longer established competitor Augur.

Gnosis is an Ethereum prediction market with its own native cryptocurrency called WIZ, similar to the Augur Reputation (REP) token. During the ICO however investors got a token called GNO which they can choose to lock for a fixed period of time and receive WIZ tokens in exchange. 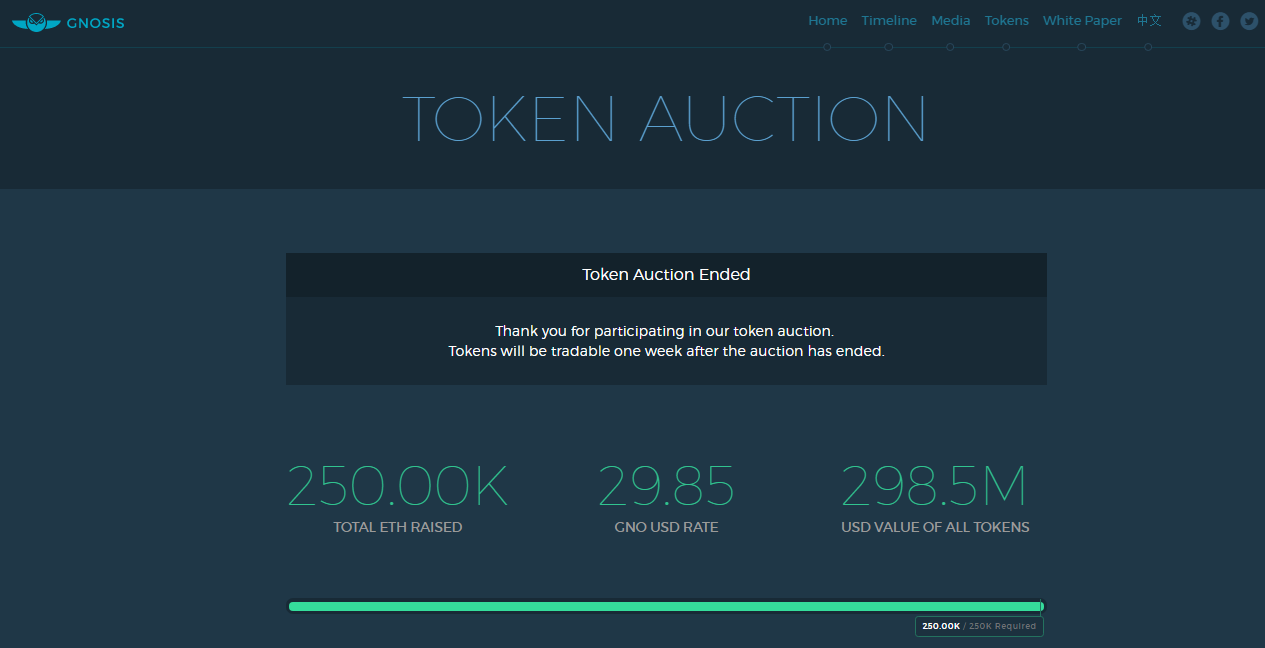 Gnosis’ mission statement is to be a disruptive force driving change in a number of systemically important global markets, including finance, gambling, insurance, and information.

If you are not familiar with prediction markets, they are basically exchange-traded markets created for the purpose of betting, or trading, on the outcome of events. They thus claim to employ the wisdom of the crowds to predict the likelihood of any result better than individual experts or public opinion polls.

Prediction markets users can make predictions regarding the weather, the final score of a sports event, election results and everything else that they support. Gnosis’ aim is to be a platform for anyone to easily create a market for any type of event they can imagine based on the Ethereum blockchain.

Share this article
Tags: crowdfunding / Ethereum
Got a news tip? Let Us Know