The comparisons between the early days of the internet and those of Bitcoin have a whole new meaning after Blockai launched its blockchain-powered web browser.

The project emerged from the ashes of a previous bitcoin-related project QuickCoin. It initially went viral, reportedly getting showered with $150,000 in tips over 10 days, but ultimately never gained traction. QuickCoin was a Facebook-integrated wallet, themed after making sending bitcoin as easy as social messaging.

The Blockai project continues the social theme, allowing for social sharing and the tipping of favored content with a “love button.” Documents can also be signed and timestamped, features that are commonly envisioned in future Bitcoin 2.0 applications.

CEO Nathan Lands calls it the “frontpage for the blockchain” in that it combines a traditional internet browser with an integrated publishing tool. Messages are etched into blockchain metadata which can be reviewed and commented upon by the network’s users.

Also included is a bitcoin wallet, which runs in the browser (similar idea to a Chrome wallet) and posts via a third-party blockchain API. Transactions are confirmed by the servers behind Blockai. 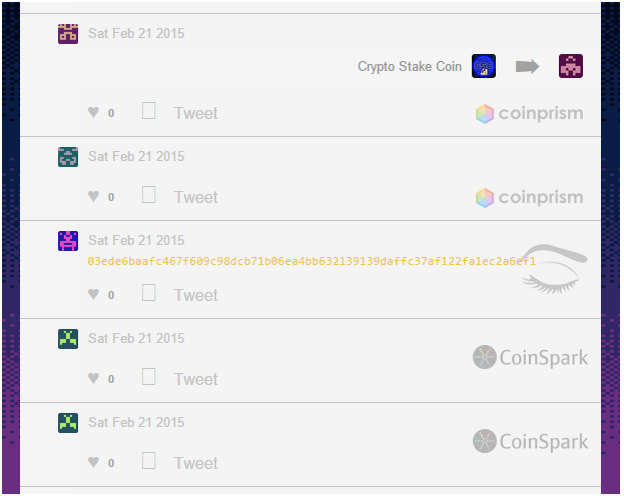 Time stamping of documents and bitcoin transactions are charged 10 bits (10 millionths of a bitcoin) each.

The tool also aims to bring bitcoin’s appeal to the masses through an emphasis on visualization and color coding. Users should be able to use the blockchain for applications that matter to them. Lands explained:

The tool, currently in beta, is envisioned to one day evolve into more of an app store, helping users find relevant applications.