Montreal and Israel-based Bitfarms Technologies (formerly known as Blockchain Mining), a cryptocurrency mining firm listed on the Tel Aviv Stock Exchange, reported that its break-even mining electricity cost for a single Bitcoin was only $1567. The figure, based on electricity costs alone, is far lower than estimated costs in both Israel and parts of Canada, according to estimates by Elite Fixtures.

.@ianedws from @bitsonlinecom sat down with our founders @plquimper, & @BitfarmsMV and took a look at our latest financial statements. «The results would appear to be positive for the company, as it was able to maintain profitability»: https://t.co/z2eHlpvRbH #bitfarms $BLLCF

The figure was published in Bitfarms’ consolidated results for the six-month period that ended on June 30th of this year, which revealed that the company had a net income of $4.9 million USD on a consolidated revenue of $22.3 million. Bitfarms’ gross profit was reported at $12.5 million with a gross profit margin of 56 percent.

The report also said that from January 1st to June 30th, Bitfarms generated 1,923 Bitcoin, 2,222 Bitcoin Cash, 3,324 Litecoin, 567 Ethereum, and 220 Dash. The Bitcoin generated by Bitfarms accounted for approximately 78 percent of the total financial value of all coins mined; Bitcoin Cash had the second-largest share of value at 17 percent. Ethereum rang in at 2 percent, Litecoin at 3 percent; the value share of the Dash coins was less than one percent. 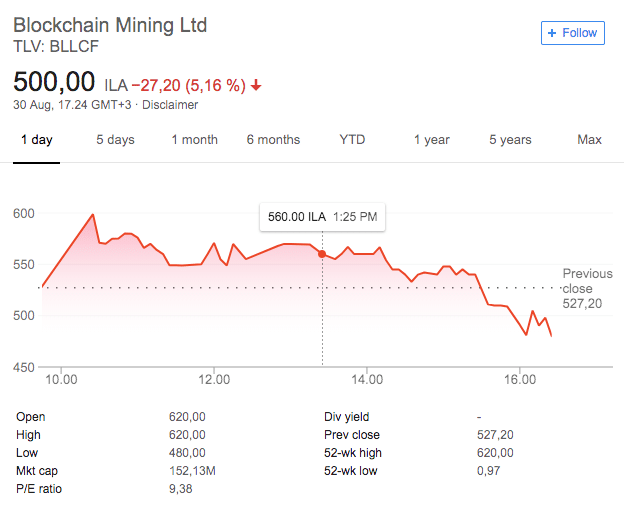 Bitfarms previously reported a net income of $4.9 million on $8.6 million in revenue earned during the second half of 2017, a gross profit margin of 84 percent.

The decline in the company’s profit margin was attributed to the decline in the value of a single bitcoin, which started the year at $14,000 but was worth just under $7000 at press time. The company also pointed to the increased amount of hash power (computing power) needed to mine a single bitcoin. The hash power required to mine one bitcoin has increased 138 percent since the beginning of the year; Bitfarms’ hash power has grown by 103 percent over the same period.