ConsenSys is a New York-based blockchain outfit that was established in 2015 by Joseph Lubin, who also co-founded Ethereum. It develops applications on the Ethereum blockchain. Examples include the BTC Relay, which allows people to verify Bitcoin transactions on Ethereum, and uPort, an Ethereum blockchain-based identity management system developed with Microsoft to combat human rights abuses.

It employs around 450 people and has offices in New York, San Francisco, Toronto, Dubai, Singapore, and Brisbane. In November 2017 it hired Ed Budd, a twenty-year veteran of Deutsche Bank, to run its UK branch.

The purpose of the event is to promote Ethereum development in Israel. It featured keynote speeches from ConsenSys executives and an Ethereum product pitch competition. 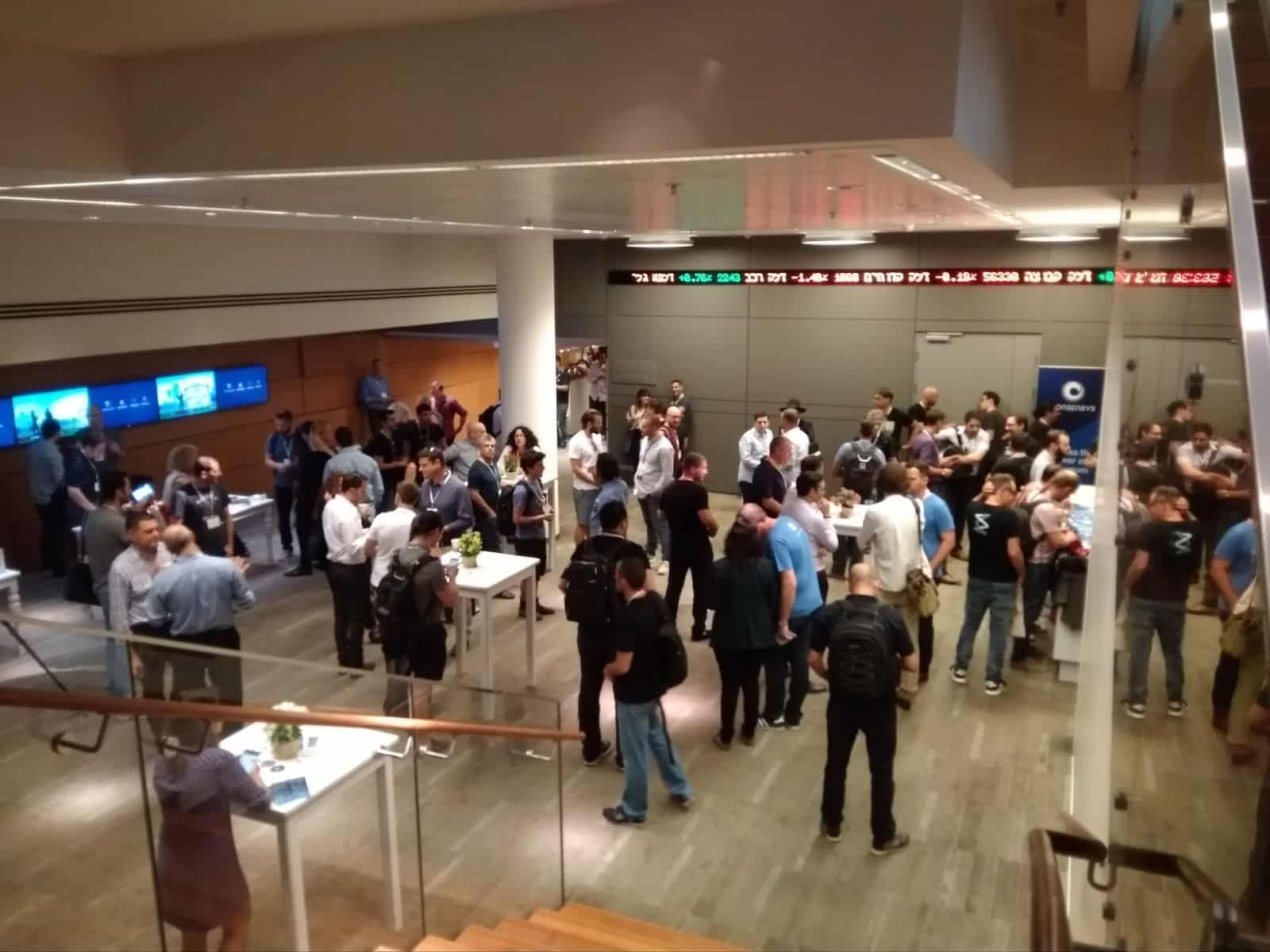 Opening remarks were made by Dror Avieli, VP Customer Success, and Support. He said that the delegation is in Tel Aviv to meet entrepreneurs, and sources of venture capitals. He said: “You can move mountains with consensus, and you can move them quite quickly.”

Jeremy Millar, ConsenSys Chief of Staff and founding member of the Enterprise Ethereum Alliance, gave a talk explaining what his company does.

He explained that it aims to create “a virtuous cycle of ecosystem development and venture creation” with a “non-hierarchichal, decentralised mesh”. He said that anyone with passion can produce a large project very quickly.

He said that it is split into four branches – ‘venture production studio’, which is an incubator, ‘solutions’, which describes the actual products, ‘academy’, which is where the company educates the public, and ‘capital’, which is self-explanatory.

He said that digital assets have reached the mainstream – when people from ConsenSys talk to institutions, they talk to the managers as much as they talk to the IT department. As another example, he said that Truffle, a tool which makes smart contract generation easier, has been downloaded almost half a million times.

Referring to the technical issues of Ethereum – that it’s slow, for example – he said that the first mobile phone camera was terrible, but it was attached to Facebook. In other words, the current criticisms are irrelevant because they fail to take into account how disruptive this technology is.

After this, startups pitched their ideas to two ConsenSys-based investment programmes. The first was ‘ConsenSys Capital’, which was introduced by managing partner Kavita Gupta. She said that while traditional investment funds invest in traditional businesses and cryptocurrency funds invest in tokens, Consensus Capital does both.

The second was Token Foundry, which describes itself as “a global platform to support the token-powered networks of tomorrow”. Harrison Hines who works at this business said that its aim is to create tokens that have long-term business viability.

These two individuals judged the product pitches that followed. One was a company that can crack passwords, including Ethereum passwords, for people that have lost theirs. The second deals with dispute resolution using blockchain technology and the third was a blockchain-based travel agency. 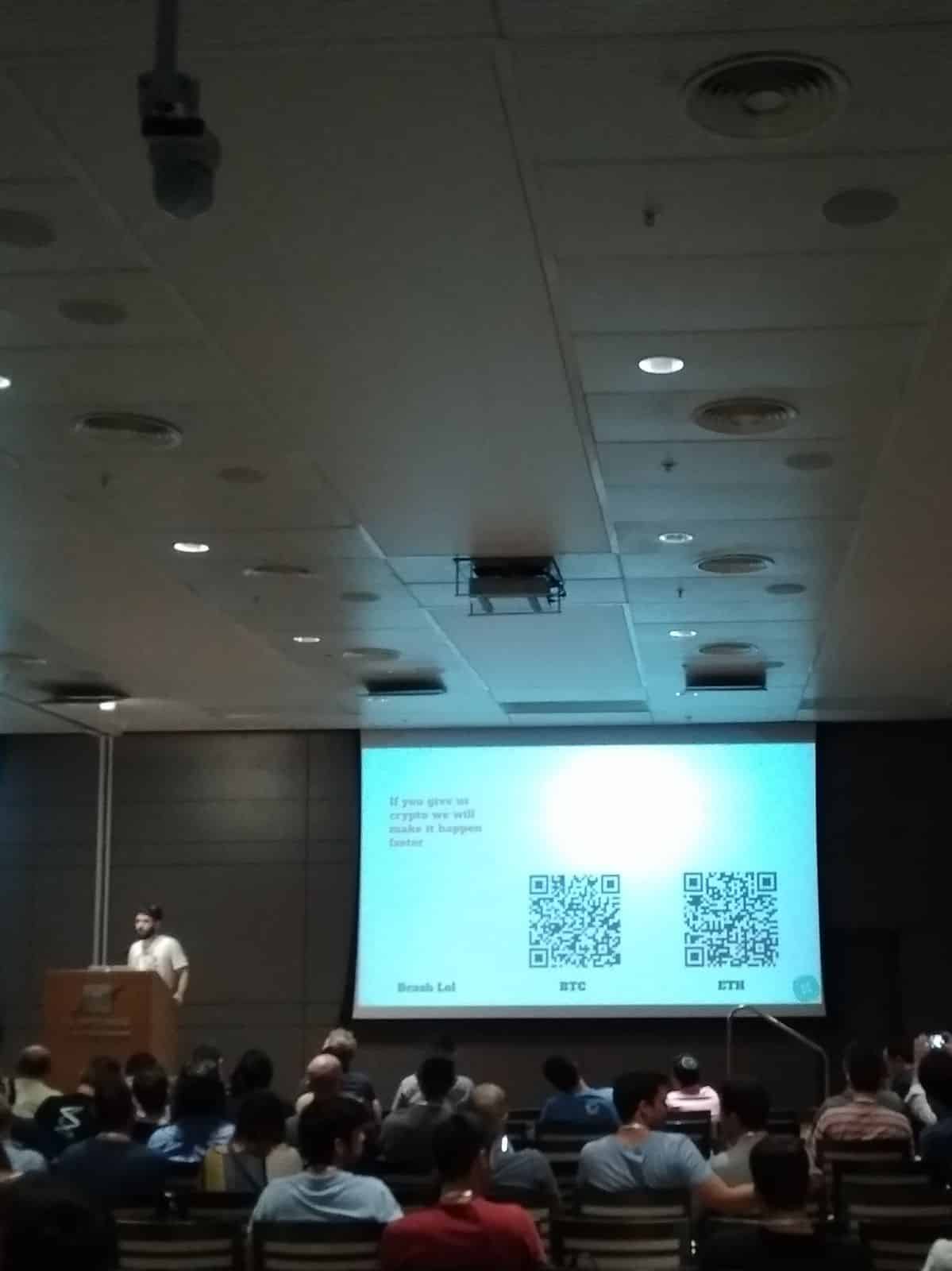