March, April, and May were big months for Bitcoin–after a cliff-dive in the price of Bitcoin on March 12th, Bitcoin has slowly and steadily recovered to nearly $10,000, where it was before the coronavirus pandemic slammed into the global economy. Much of the price rally is attributed to the halving that occurred last week.

However, there’s another big change that has taken place on the Bitcoin network over the past month: CoinTelegraph reported that from April 11th to May 14th, the average cost of Bitcoin network transaction fees increased by more than 1,250%, rising from $0.38 to a whopping $5.16.

This means that transaction fees were briefly the highest that they had been since July of 2019; still, current transaction costs are less than one-tenth of the all-time highs recorded at the end of 2017, when fees peaked around $54.09

At the time of writing, the cost of an average Bitcoin transaction had dropped to $4.09 and appeared to be rising once again.

Transaction fees have been higher since the Bitcoin halving

A large portion of the transaction price increase took place after the Bitcoin halving–in fact, fees have increased more than one-third since the halving.

The increase between the 12th and the 16th was the second of two significant jumps in transaction fees that took place within the last 30 days. From April 28th to the 30th, the average Bitcoin transaction fee jumped from $0.66 to $2.94. 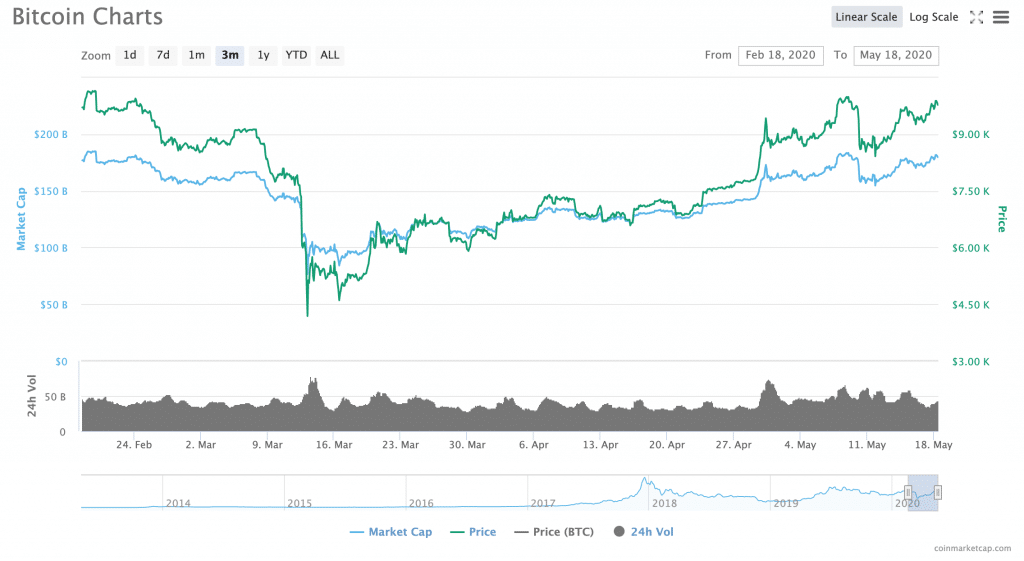 While there’s no direct relationship between the price of Bitcoin and the price of network transaction fees, higher fees could indicate that there are more transactions happening on the Bitcoin network, and that therefore, more people may be buying or selling Bitcoin.

Bitcoin’s 24-hour trading volume (according to CoinMarketCap) does seem to have been consistently higher throughout the month of May than in the preceding months this year.