In his April 1 address, President Barack Obama had warm comments for Bitcoin, saying it would benefit all Americans and help stimulate the economy.

The address peered into the future of the American economy and touched upon issues which threaten to unseat it from its leading global position. “The 2008 financial crisis was one of the worst in our history,” he said, “We had to make some difficult decisions, decisions that we’d pay for in many years to come. These measures helped re-energize the economy, but we now need to re-evaluate our policy moving forward.”

This is where he raised the prospect of digital currency. He referred to the 9.6 million American households that are either unbanked or underbanked, remarking:

“Working Americans deserve better. No individual should be disadvantaged by a financial system that was intended to be inclusive.”

Showing a physical bitcoin, he said: 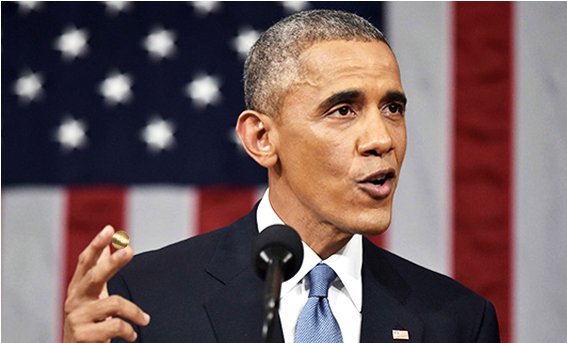 He appealed for bipartisan support, referring to his vision for an “intersection between Wall Street and Main Street”:

“I call upon all parties in Congress to support innovation in this area, and not feel threatened or overwhelmed by our very own values of innovation and democracy.”

He also acknowledged that such technology comes with risks, which are being addressed by regulatory legislation such as the recently revised BitLicense:

“Superintendent Benjamin Lawsky has done a phenomenal job putting together a policy framework that aims to protect the consumer, preempt money laundering and terrorism, and discourage fraud, while at the same time leaving the door open for innovation in this fantastic technology.”

He ended the passage by saying:

“This won’t happen overnight. But our job, as a democratic people, is to support ideas that bring us closer to reaching our goals and realizing our full potential as a democratic nation.”