Founded in July 2014 by Mohit Kalra and Benson Samuel, Coinsecure launched its Bitcoin exchange on January 1, 2015. It offers algorithmic trading, a Blockchain explorer, On-Chain and Off-Chain wallet services and also has a number of integrations with global partners. The company boasts that it now consistently handles over 3000 BTCs a month in terms of volume and has shown increasing volumes every month since starting operations.

Last month the Delhi-headquartered exchange raised over $1.2 million as part of its ongoing ‘Series A’ investment round. Finance Magnates interviewed Mohit Kalra and Benson Samuel to learn about their plans for the future and the realities of running a bitcoin business in India.

When do you expect to add Ethereum to Coinsecure?

Very soon indeed! We are quite excited about the products and offerings that we have lined up for this year. We foresee 2016 – 2017 to be an extremely occupied year for all of us at Coinsecure, considering the goals we have set out to achieve!

We have been actively looking into developing the back-end. We should look at launching an Ethereum enabler as our first step, and several deeper builds around the Ethereum core, to follow.

What made you decide to add Ethereum and no other cryptocurrency?

Bitcoin and Ethereum have shown tremendous capability over the years. Since we had already enabled the Bitcoin ecosystem, Ethereum had to be the next in line by default, primarily due to its potential. The opportunities we see are endless and we’d like to explore them. Do not want to get into the details of it now as it’s still in it’s stealth mode at the moment. However, as time comes, you would see the various offerings in this space.

What other international markets do you plan to approach?

We are looking into partnerships internationally and may explore the European region.

What enterprise blockchain solutions do you see a need for in India?

Blockchain technology is truly beneficial to all industries and sectors of the Indian economy. Be it banks or Industries or even service sectors, there are blockchain based solutions that  can decrease their working costs, can give their customers greater legitimacy and can even prevent staff thefts.

Some sectors can benefit by having a public Blockchain solution, but some might need a private Blockchain to maintain internal practices.There is much opportunity. We see that the RBI can prevent illicit money from going out of India through enabling the Indian Government and private banks an opportunity to use one blockchain.

All transactions are then recorded on that blockchain. From government authorities to even the general public’s payments, the public ledger will record it all and confirm which funds are going in and out of India. Banks can even put each of their customer’s accounts on to the Blockchain. The possibilities are endless.

How is the current regulatory approach to cryptocurrencies in India? 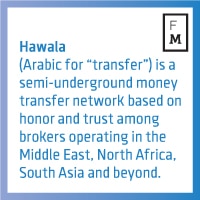 Bitcoin and blockchain technology are still in early stages in India. We’ve seen some very encouraging statements released by our Hon. Mr. Raghuram Rajan, governor of RBI – where he said that India is moving towards a cashless economy and other press statements released by the RBI stating that they are taking a wait and watch approach as they don’t fully understand Bitcoin.

We do still see some media misunderstanding about Bitcoin and some negative press but the tides are turning. The irony is, there are still many issues with the current payment system in India, like illicit Hawala networks. These networks existed long before Bitcoin. India has been operating the so called ‘’ Hawala’’ network for decades now, which launders millions of money and has no record at all. Bitcoin can actually help stop that, as it keeps record of all the transactions on the Blockchain.

What limitations do you face due to government capital controls?

We actually haven’t faced any issues to-date (so can’t really complain here! ). However, we’ve seen some banks like Kotak Mahindra blocking bank accounts of Bitcoin businesses in the past year. I guess even that is changing with time as we see some businesses use them for providing Bitcoin services in India. Its just that, there is lack of communication between government bodies and even different banking segments. We see some of the most influential people around the world appreciating this technology, but at the same time, some government bodies have been responding negatively. I think the information and word needs to be out – that is really going to help!

What are the unique opportunities for bitcoin startups in India?

The opportunity is humongous! Currently it is still a very niche market in India – but that is definitely going to change with time. We have many more opportunities to come.  I think at this point of time, there are tons of opportunities for start ups using Bitcoin technology and we provide some solid API methods for them to achieve this. We have some multiple companies leveraging from our API. They have built exchanges, wallets, remittance services and many more with just using our API. I think more larger players should come forward and start using this technology.

What is the state of the supporting ecosystem in India? VC funds, incubators? Who are the investors?

Investors from difference sectors are keenly looking at Bitcoin and blockchain technology and are beginning to understand the power and potential of this technology. The decentralized nature of bitcoin  and the  irreversible records on to the network are  things we’ve wanted to see for a long time now. We have it now – it now depends on who perfects it and creates best possible solutions for industries to adopt to this technology.

Who do you see bitcoin being adopted by in India? Traders? Ordinary people?The unbanked?

I think a mix of all: mainly traders as of now are embracing Bitcoin and blockchain technology. There is not much use case currently in India and we are on the verge to launch our Bitcoin Payment Gateway for Indian merchants to accept Bitcoin for their products and services with 0% volatility risk (despite fluctuating Bitcoin rates). For a customer, this would mean an opportunity to spend Bitcoin and they would be offered the best rates. This according to us will get the masses on board, but at the same time, it also depends on the larger players in India to start accepting it.

Companies around the globe are leveraging by accepting Bitcoin, such as Dell, Microsoft, Overstock, Virgin Atlantic and many more. We expect the same to happen in India as well. Along with this, we are also releasing Coinsecure Wallet and Exchange mobile application. This will make it really easy for our customers to store, buy or sell Bitcoin on the go.

A lot of exchanges have fallen victim to hackers and DDoS attacks, what is the situation you face in terms of cyber security?

We do face challenges from time to time and we constantly evolve, engage some very strong security practices, to ensure that this does not happen much.

Share this article
Tags: bitcoin-exchange / india
Got a news tip? Let Us Know