The latest Global Investor Survey released today by Monex Group (TSE: 8698) reveals a number of interesting differences in the perceptions of investors regarding financial markets around the world.

Monex, Inc., TradeStation Securities, Inc. and MONEX Boom Securities (H.K.) Limited, surveyed retail investors with accounts at the companies from Japan, the U.S. and China respectively. The survey was conducted from May 29 to June 5, 2017.

In all three regions, the combined forecast for equities was positive, indicating that views on world stock markets are optimistic. Despite this, expectations for U.S. stocks specifically fell sharply from the previous survey (conducted in March 2017) among retail investors globally. Technology was ranked top of the list of the most attractive sectors in which to invest in all three regions . 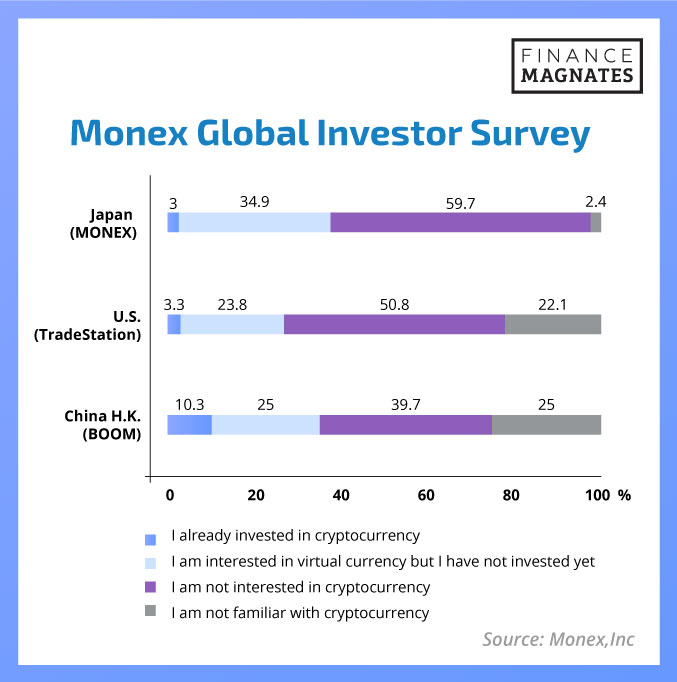