Financial details regarding the performance of binary options technology provider SpotOption were exposed today in the Israeli media. According to a report by TheMarker, the company has earned a lot less than can be expected from one of the industry’s leaders. 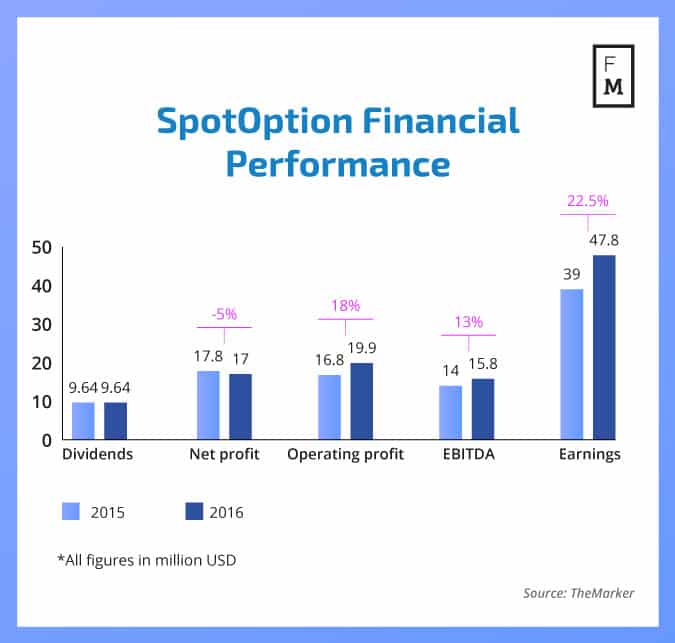 This morning’s newspaper report, which mainly focused on the legal history of Pini Peter, founder of SpotOption, and the industry’s attempts to lobby to prevent a law banning the export of binary options technology from Israel, also cited ‘people close to the company’ who said that the entire binary options market is only bringing in about $200 million a year and that SpotOption only controls 5% of the market.

It needs to be said that these figures might not encompass all of the SpotOption founder’s exposure to the market. It is possible that the report only covers the technology development company, while he could hold ownership shares in other ventures which offer additional services like payments, advertising and marketing.