As markets move into 2019, investors are on the lookout for key forecasts and market predictions by senior analysts in order to strategize for the year ahead.

For much of 2018 however, predicting each day’s events has felt impossible, as major geopolitical developments such as Brexit talks, the US-China trade war, Federal Reserve press conferences, NAFTA talks, OPEC meetings, midterm elections and even mere tweets by U.S. President Donald Trump caused the markets to wobble.

In retrospect, 2018 was quite an eventful year; it started with a complete shutdown of the US government back in January and ended with an utter Brexit debacle which caused havoc in the U.K. markets. Overall however, markets remained largely bullish in 2018.

According to BDSwiss’ market analysts Alex Douedari and Frank Walbaum, we should not expect 2019 to be any different. In their extensive 2019 Global Market Outlook, the two veteran analysts elaborate on the views of Wall Street strategists to create a detailed report with the key fundamental scenarios that traders and investors may be faced with in 2019.

Alex and Frank’s report includes the biggest disruptions, innovations, and opportunities that are likely to present themselves next year. 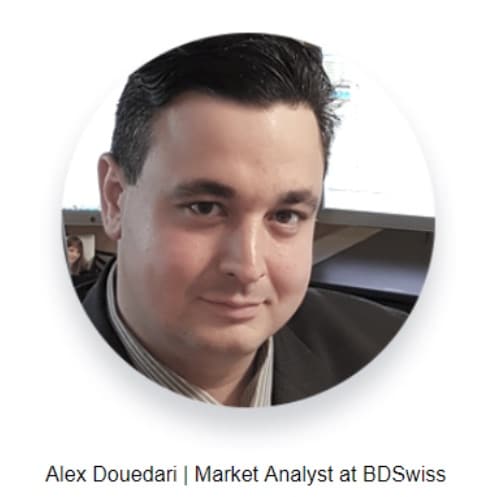 In 2019, markets will remain largely bullish but will be dictated predominantly by politics according to Alex and Frank, “We see a choppier year ahead for global markets, oil will remain a wild card and investors will maintain a largely defensive stance when it comes to stocks as they continue to worry about a possible recession in 2020.”

“The median forecast indicates the US economy will grow 2.6 percent in 2019 which is good news for major US retail shares. In Europe however, the macroeconomic picture will be very different, shares are expected to move in a tight range throughout 2019, as slowing growth, political risks and worries over Washington’s protectionist policies keep investors on the sidelines.” comments Alex.

To help investors navigate next year’s markets the two analysts have broken down the most probable and improbable macroeconomic scenarios.

For much of this year the raging trade war between China and the US has caused the dollar to rally against its rivals as the US continued to impose hefty tariffs on Chinese imported goods.

As Frank explains, the Sino-US trade war is currently undergoing a 90-day cease fire, ending sometime in March 2019. “The current trade truce has done nothing to alleviate China’s deteriorating A-shares market. Looking at China’s current declining numbers on fixed asset investments, a retreating industrial production and a slowing growth in the property market growth, China will be paying the heaviest toll in an extreme 2019 trade war scenario.”

“Halfhearted stimulus attempts simply won’t work. China will simply need to take time to deleverage and rebalance.” comments Frank, adding that on a longer-term basis we could see China recover if the Communist Party of China General Secretary, Xi Jinping makes good on his promises to move the nation away from fixed asset investing and into the high-tech engineering fields. If successful, this would likely propel China’s growth after 2025.”

If there’s one thing everyone agrees on when it comes to 2019, is that navigating Brexit uncertainty will remain the U.K.’s biggest challenge. As Alex explains, the recent failed no-confidence vote in Theresa May seems to have reduced the risk of a no-deal, but the most likely final scenario still remains something close to the current deal, especially after a threatened or actual second referendum.

“How the UK fares beyond March 29 is the big question. A less favourable deal will limit U.K.’s access to EU financial services markets and cause a short-term depreciation of the sterling. We will also likely see more bear trends for U.K. high street stocks. Retail shares like Debenhams are already at all time lows so we could even witness sell-offs, merges, takeovers and even bankruptcies when it comes to retail shares. A digital services tax could save the ailing U.K. high street but that won’t happen until 2020,” says Alex.

Alex adds that when it comes to the overall U.K. economy, it all boils down to how fast and effectively the Bank of England will be able to react to any Brexit outcome after March 29. The worst-case Brexit scenario is that Britain crashes out of the EU with no deal and with insufficient preparation.

In such a case, the BoE will have little choice but to hike rates sharply to shore up the pound and hold inflation down. As Alex explains, “Under the Bank’s model for a no-deal Brexit, the base rate jumps to 5.5%. If no-deal is mitigated by a transition arrangement, the base rate is anticipated to hit 1.75%. For the sterling this could mean two extremely different outcomes, if the BoE choses to hike rates sharply to hold inflation down, the sterling will soar.

On the flipside, if the BoE slices rates as it did after the brexit vote in 2016, this would in turn cause the GBP to tumble against its rivals.”

The Italian Fiasco sent shockwaves to the bond market in 2018, as the German-Italian spread exploded not too long ago.

“Since taking power in June, Italy’s populist government has given rise to torturous negotiations, and major internal tensions that put pressure on the euro. On Dec 20, 2018 however, Italy’s populist leaders bowed to the demands of the E.U. and reached an all-important budget deal with the European Commission, sending the EURUSD more than 1 percent higher on the day.” Frank comments.

Looking into 2019, it is important to keep in mind that Italy is not the only EU member faced with budget deficit challenges. As Frank explains, “France will struggle to finance itself after President Emmanuel Macron gave in to anti-government street protests by yellow vest citizens struggling to make ends meet, while in Poland a defiant nationalist government may soon have to face a series of serious EU lawsuits.” 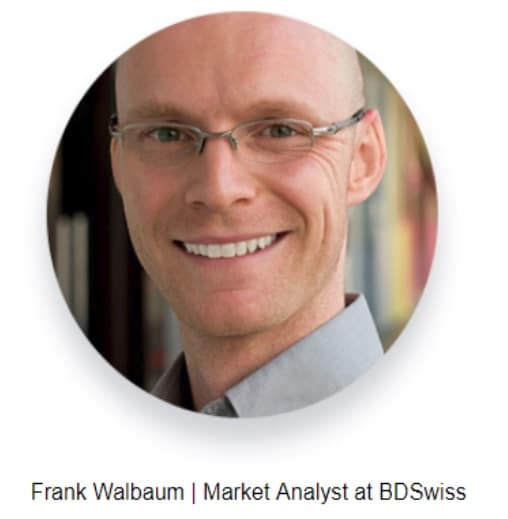 What is more, Frank underlines that the political landscape in Germany could reshape the entire European political scene completely. “When Angela Merkel leaves, we will see serious trouble come out of Germany which is also bound to put more pressure on the euro. In fact, during 2018 the Euro weakened a fair bit from a previously strong position to rather moderate levels.”

“The Eurozone economy has also grown less than expected in the third quarter at only 0.2%. This was 0.2% less than both previous quarters and it is clear that Germany was the reason of the lower than expected figures this time. All in all, 2019 is going to be a challenging year for the E.U. and the single currency.” Frank comments.

Among other major 2019 scenarios, Alex and Frank explore the possibility of an emerging market crisis, the yearly outlook of major cryptocurrencies, possible instabilities in the global political scene, a tighter than expected Federal Reserve monetary policy and some major trends in the forex, commodity and stock markets.

Overall, 2019 will be quite the year according to Alex and Frank, with a lot of opportunities for investors and many decisive developments in the broader geopolitical sphere.

“Germany was the reason of the lower than expected figures this time”,

No, it is all the time. This can be proven by facts and figures. Did you know that in Germany there are over 1000 different kinds of sausages, and they have the most number of zoos than any other country in the world, because they like animals ?

These are very important facts!

I heard that Chancellor Angela Merkel has a Barbie doll made after her ? And is it true that most taxis in Germany are Mercedes ? And that toilet paper in Germany has the softness and consistency of paper towels ?

I think this is fascinating and unique. I have never heard anyone come out with such revelations before, well done gentlemen!