The cryptocurrency economy is increasingly growing in both scope and influence, rivaling other industries on a global scale. This expansion was on full display following the Blockchain Economic Forum (BEF) late last month in San Francisco. Hosted by LATOKEN, over 2,000 participants converged on San Francisco, bringing blockchain technology and cryptos into focus during the weeklong event.

In case you missed it: BEF highlights

While many events feature diverse panels and robust speaker lineups, the BEF included over two hundred different speakers. This massive attendance included leading players and experts from across the crypto industry, specializing in blockchain, ICOs, and regulatory frameworks.

LATOKEN CEO Valentin Preobrazhenskiy, commented on the successful event: “The forum is a great place for the market leaders to introduce and reinforce rules of self-conduct protecting uninformed contributors and preventing misuse of crypto transaction while scaling benefits such as built-in rights registry, early adopters acquisition and low transaction costs due to absence of middlemen.”

The event was abuzz with talk about the future potential of the industry, which comes at a critical juncture and collision with global regulators. Indeed, these authorities have taken a more active role in 2018, seeking to police initial coin offerings (ICOs), the security of tokens, and other safeguards for investors.

This runs in direct contrast to 2017, which saw the meteoric rise of the crypto industry, largely billed as a wild west in finance. Fast forwarding to 2018 however, and the situation is much more controlled. This shift was one of the marquee areas of focus throughout the week, with panel discussions also delving into this trend.

Catching up on the panels

Artificial intelligence (AI) has always captured the minds of individuals. 2018 has seen the strongest adoption yet of this technology, with several industries not only embracing AI, but fully harnessing it. In a unique panel discussion, the role of humanity was weighed in parallel with advanced chips and what was labeled as a biological blockchain.

What does the future hold for markets, money, and states? Poland’s former Finance Minister, Mateusz Szczurek had some interesting perspective to share, clearly endorsing the rise of and utilization of blockchain technology.

As such, “What we are looking for is to increase the transparency and symmetry of information in the market because free market doesn’t function properly if buyer and seller do not trust each other […] and blockchain can increase this trust, the whole point of blockchain is to create trust,” explained Mr. Szczurek.

He was not alone in this assessment or hype however. According to Clair Brown, Professor Emeritus at the UC Berkeley: “The whole reason why blockchain is so exciting is finding new ways to make the economy and the markets work from the bottom up.”

Biotech, blockchain’s integration into the mainstream, and regulatory headwinds

For many at the BEF, blockchain was as much about progress as it was about decentralization. Indeed, the identities as individuals have historically been owned online by other companies, with many not fully understanding the consequences of not owning their data. Blockchain technology stands in direct contrast to this, empowering individuals to take ownership of their own data.

Alexander Perkins, partner at Ztudium also commented: “There is also an opportunity for cross-organizational collaboration in sharing intellectual property […] Most of the time, it is long, drawn out agreements between various companies and research institutions. With a blockchain, a lot of this information could be easily shared.”

While the industry has clearly progressed at a rapid pace from a year ago, there are a number of noticeable hurdles that still must be overcome. Tim Draper, founder of Draper Fisher Jurvetson had some choice words for what role blockchain technology could have in governments.

According to Draper, “80% of what a government does can be done in the Blockchain, it can be done with smart contracts. We are about to go into this new wild renaissance where suddenly governments have to compete for [citizens].” Such a number would constitute a game changer for a segment that has historically been seen as inefficient and not optimized.

Finally, the BEF also explored the shifting regulatory space not just globally but in select jurisdictions. This included the European Union, which has been highly active already this year in cracking down on fraudulent crypto operations. 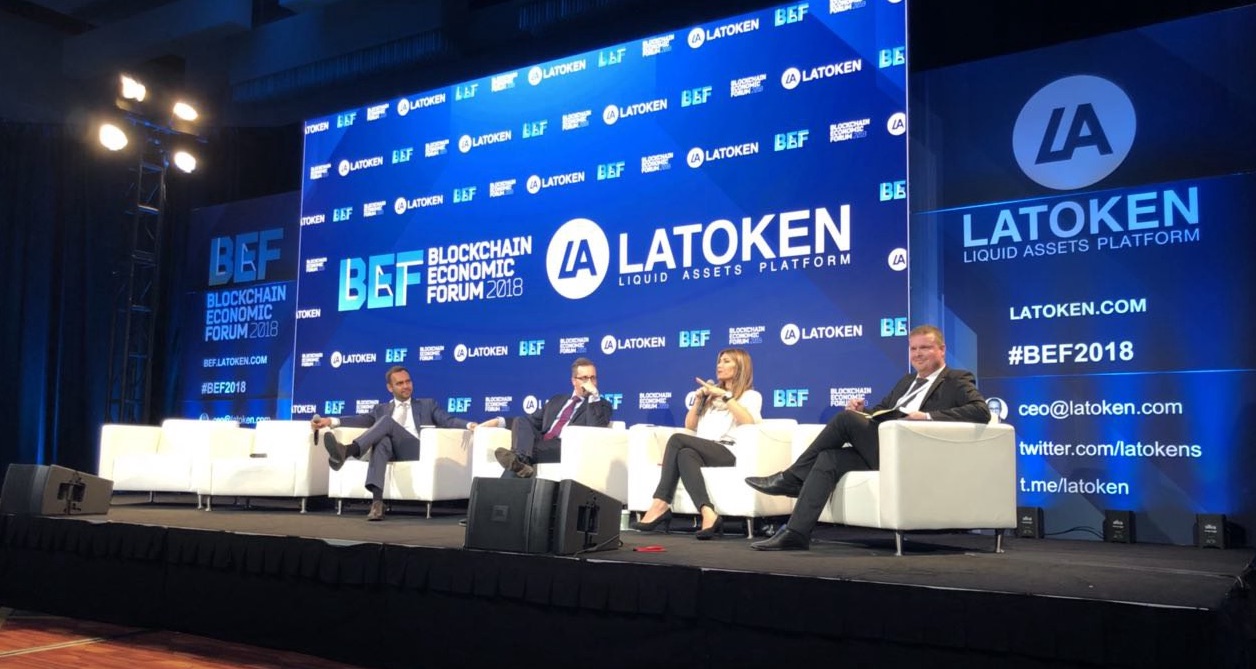 Dimitrios Psarrakis, member of the European Parliament and Policy Advisor on Blockchain reiterated: “Our idea is to build a strong European blockchain community with participation of actors from all over the world, […] If this technology is to disrupt some markets, no matter how old these markets are, let them be disrupted. It’s not the job of the regulator to decide, which business models should prevail.”

The event itself was heralded as a huge success and with over 2,000 attendees in San Francisco for the BEF, the future, potential, and optimism surrounding blockchain technology and cryptos was on full display. Given how far the industry has come in just one year, it is an interesting exercise to wonder where 2019 will take us.