Futurists have been promoting the wisdom of the crowd vocally in the last decade as the Internet, blockchain technology, machine learning, and Artificial Intelligence continue to trigger paradigm shifts.

The wisdom of the crowd is not a particularly new development, the concept has been in existence for at least 111 years following the work of Sir Francis Galton (1855–1911) — a British statistician who worked extensively on human intelligence.

In 1907, Galton observed that when people tried to guess the weight of an ox at a village fair, the average of all the guesses was closer to the actual weight of the ox than the individual guesses of the cattle experts. What has the guesses on the weight of ox got to do with 21st-century humans, many of whom have never seen an ox in real life?

The wisdom of the crowd, collective intelligence, and predictive markets are some of the modern concepts with the potential to cause massive paradigm shifts in the socio-economic spheres. This piece provides insight into how blockchain technology might leverage the wisdom of the crowd to help industries, corporations, and governments build better organizational models. 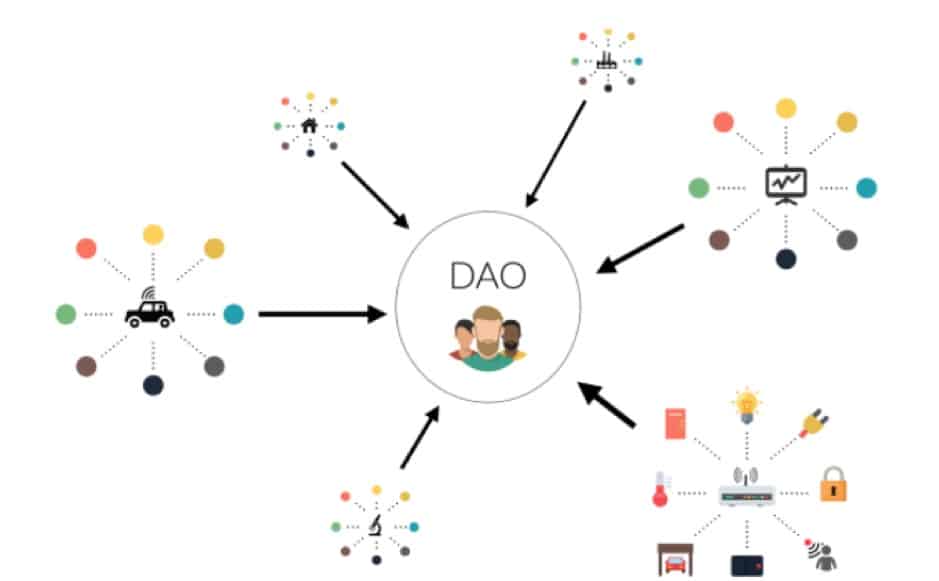 A DAO (Decentralized Autonomous Organization) is an idea that emerged soon after the debut of Bitcoin in 2009. Bitcoin ushered in an age of decentralized money in which peer-to-peer exchange of value can occur without the instrumentality of financial institutions that act as middlemen.

The foundation of a DAO is the beliefthat companies might be able to function without the current bureaucratic hierarchical form of management.

A DAO company could theoretically run and function without a CEO because the rules upon which the company will function will be enforced digitally. In a DAO company, there will be pre-programmedrules that control permissions with the company.

Activities such as payroll, taxes, and HR are hardcoded with smart contracts into the blockchain of the company. Other ad-hoc decisions will be made by the shareholders whose votes are weighted based on the number of tokens or smart contracts that they own.

In 2016, the first publicly known attempt to create a DAO company was launched – The DAO, as it was called failed before the end of the year, but it did start a conversationon how DAOs can become the future of enterprise organization.

DAOstack is an operating system of sorts for DAOs on which people interested in open-source projects can collaborate to create decentralized applications (DApps). The DApps provide an avenue to distribute individual ownership to the co-creators of the project. DAOs can change the way people embark on start-up projects because people can collectively own and manage their collective projects without being forced to cede control to a CEO or chairman of the board.

DAOstack aims to provide people with the toolbox needed to create their own DAO with unique a set of rules that haven’t been seen before, if (a big if) regulations permit. DAOstack is not deluded into thinking that DAOs will solve all of the organizational problems in the world; however, some of the key selling points of DAOs include but not limited to the following:

The ideals of a company built on DAOstack is simple – participants received cryptocurrency tokens with which they can vote on decisions. The votes expressed the wisdom of the crowd in selecting the best line of actions. The smart contracts also serve as hardcoded rules that determine the automatic execution of actions once predefined parameters were met.

DAOs can engender decentralizing decisions making processes for organizations to ensure that the best collective ideas emerge for the greater good. DAOs can also be useful for coordinating crowds to produce results especially when processes are already in place to minimize groupthink and herd mentality.