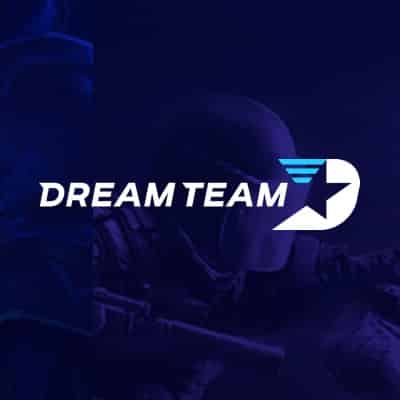 According to Newzoo research, the 2017 global games market will top out at $116 billion in revenue. Within that broader segment, the eSports industry has accrued $660 million in revenue this year, including $485 million in brand investment.

The increases in revenue and investments have been largely fueled by the growing popularity of online gaming. Some estimate that there are over 250 million users who want to get involved in eSports but can’t due to limitations with the current system.

Traditional sports like baseball, basketball, and soccer all have development tracks with end goals in sight. Assistant coaches want to become head coaches, bench players want to become professionals, and professionals want to become Hall of Famers. Each sport has its own general infrastructure in place that helps managers and players climb their respective ladders.

These developments track and infrastructures are largely missing from the eSports industry. There isn’t a streamlined way for eSports managers and players to track their progress or climb the ladder on a globalized scale. As the sport continues to grow in popularity, these systems will need to be implemented in order to scale with anticipated growth.

Some blockchain-based companies are working on platforms that offer decentralized databases for the eSports industry. One company in particular, DreamTeam, is creating a blockchain powered recruitment and management network. The blockchain technology behind the platform can change the way manager and player development takes place.

How Decentralized Marketplaces Help Managers and Players Get Started

As with all things, the first step to getting started is to get started. Unfortunately, this can be difficult for aspiring eSports managers who want to put a team together as well as players who want to join a team. This is because there isn’t a single marketplace where eSports teams are assembled. Managers and gamers have to resort to a wide variety of methods like forum posts, online chat rooms, or even in the middle of gameplay.

With blockchain technology, however, eSports platforms allow managers and players to connect directly in a decentralized marketplace. Each manager and player can create a profile, which contains personal information and statistics. Once the profile is set up, the recruitment process begins. As teams are formed, each user profile keeps a track record of performance. Likewise, each team’s performance is recorded, no matter how big or small the team.

How Smart Contracts Can Track Manager and Player Development

Another incredible feature that blockchain technology implements is the use of smart contracts. Smart contracts, which are self-executing if a stated set of criteria is met, allow managers to incentivize player performance.

Managers and coaches can set Key Performance Indicators, or KPIs, that trigger player salaries and bonuses. Thus dependent on the pay structure, better performing players are compensated for outperformance if they meet the goals that have been set for them.

In the same way, the team can set KPIs for the manager, including monthly media and marketing goals. These goals, if met, can help the team gain popularity and sponsorships, thereby boosting cash flow. They also provide a benchmark to which they can track the team’s performance.

In conjunction with smart contracts, the blockchain platform creates an infrastructure for career advancement. Players are able to advance from novice to amateur and from amateur to professional all through the platform’s development system.

We’re excited to say that $6M Hard Cap has been reached!Our Token Sale #1 is closed now! We would like to thank everyone, who decided to take part in the creation of this new infrastructural platform for more than 300 million gamers!Token Sale #2 will take place in February 2018! pic.twitter.com/CDaZqO1k6N

Managers are also graded on their ability to take teams to the next level. Managers have the opportunity to advance their teams through the ranks while players have the chance to become the eSports superstar they’ve always dreamed of.

With these blockchain-powered solutions in place, there is no reason why eSports can’t become an industry in line with mainstream sports like football, basketball, and soccer. Through blockchain technology, issues that come with industry growth can be easily resolved.