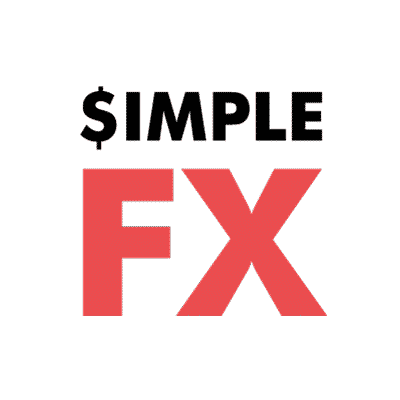 In under one year, Ethereum has asserted itself as a fundamental coin for the cryptocurrency eco-system. Leaned on for its importance in the initial coin offering (ICO) space, Ethereum quickly rose to becoming the second largest coin on the market.

This, in turn, led Ethereum to explode from under $10 to over $1,385 in early January. Just three months into 2018 however, the coin is struggling to hold the $400 mark. Volatility can always create opportunities, and anyone setting their sights on trading Ethereum should pay attention to several factors affecting its price.

The price of Ethereum is governed not only through speculative actions, but also by mining profitability. At the current price level, the profit levels obtained by mining Ethereum with a mid-to-top end graphics card correlate to approximately $80 per month (which would be a roughly 700 percent return on the cost of electricity for mining).

When the price level of Ethereum is between $300 and $400, the profitability is considerably higher, giving miners a strong incentive to sell at higher price levels.

The tricky nature of mining is evolving as more and more miners jump on the trend. Additionally, individuals are now witnessing talks about NVIDIA putting forward ideas of GPUs specifically designed for the mining of crypto, meaning everybody is seemingly picking up mid-range GPUs in order to mine ETH.

The larger the quantity of people doing this, the more the current profitability of mining is significantly lowered, which means miners are less likely to sell their coins immediately probably postponing the sale until the price rises again.

At the moment, the hash rate is around 2-3 times what it was in the middle of May last year, whereas the price level was around $120, and about 10 times what it was in January 2017 where the price was around $10. Thus, the “true” price of ETH would seemingly lie somewhere between $100 and $300, which is what is currently occurring in the markets we’re seeing currently in the markets.

The hash rate is increasing at a rate of 1000 GH/s per day, which is unlikely to accelerate in significant amounts in the short-term when more people can get their hands on graphics cards. At a current hash rate of ~60000 Gh/s this represents an approximate increase in mining difficulty seems to happen at a level of about 1-2 percent per day.

Ultimately, this evolves into a battle between the selling pressure of miners and the inflow of new investment. Obviously, there are likely to be numerous miners who are latching onto their mined coins in the hopes of them appreciating in value, which makes analyzing this state particularly challenging.

Another point to consider is the fact that harsh stances by governments in China and more recently, South Korea. The aggregate effect of regulators has led to a decline in investment and those that did would have pulled out as soon as they could.

China, for one, has caused the drop of markets in previous years. For example, when the People’s Bank of China banned payment companies from working with the bitcoin exchanges in 2013, the market saw an immediate dip in fortunes.

Although there were some market tremors in September when China banned initial coin offerings (ICOs) and made moves to shut down crypto exchanges in the country, the market for cryptocurrency trading has seen significant diversification. Due to this diversity, markets were able to recover at a much greater pace.

More recently however, South Korea regulators have been affecting the crypto industry all month, with banks facing great scrutiny over their relationships with crypto exchanges and investors being fined for having anonymous trading accounts.

The increased interest in cryptocurrencies has also put a strain on the way the market is currently functioning. First, numerous exchanges have stopped taking on new users. Bitfinex, for example temporarily curtailed account registrations in December, a strategy put in place to preserve the trading, support, and verification experiences of their existing, long-term user base.

Since then, new accounts have been opened and this measure has seemingly been a temporary one. Furthermore, a vast quantity of users of the US-based crypto exchange Kraken were distressed when a software upgrade, which was meant to take two hours lasted nearly two days, halting trade in the market for the same period of time.

While most people are able to understand the ecosystem is still relatively new and, as such, can be exposed to problems, when market infrastructures seem to collapse, many people get worried.

Adding further fuel to the fire, BitConnect has stated that they would close its lending and exchange platform, causing the company’s BCC token to crater. Consequently, many users were unable to withdraw their funds, on a temporary basis at least.

So where does Ethereum go from here? It’s impossible to predict the trajectory of Ethereum right now given the litany of variables that are influencing its price. Regulators are quickly policing ICOs and crafting a more formalized framework for these forms of funding.

It’s hard to say whether Ethereum in H2 2018 will see a surge in prices as it did last year. The coin has a lot going for it, including its eventual upgrade to a Proof-of-Stake network. The so called ‘Casper’ software update will ultimately help improve security and scalability on the Ethereum network, which could kindle a resurgence in its price. Only time will tell however as right now future prices are anyone’s guess.