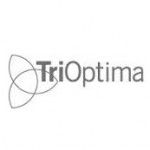 According to the arrangement, initially being offered during the first half of 2015 is compression through triReduce of US dollar-based dealer-cleared trades of CME Group IRS members in their proprietary accounts. IRS based in other currencies are expected to be added in the following months after the launch of the compression services.

On the news, representatives of the CME and TriOptima provided public comments. Sunil Cutinho, President of CME Clearing, stated, “We’re pleased to work with TriOptima so that our dealer bank members will have the opportunity to use triReduce compression as they focus on reducing line items and cleared gross notionals to improve leverage ratios under new regulatory standards. With this step, we are able to continue to deliver the most capital efficient clearing solutions available.”

Peter Weibel, CEO of triReduce, added, “We are delighted to be working with CME Group to deliver triReduce compression to its clearing members as we continue our efforts to enhance the industry’s post-trade infrastructure. As reported in the January 29th ISDA study, the industry’s efforts to reduce outstandings have contributed to a meaningful decline in the notional outstanding in interest rate derivatives, and triReduce has been a major factor in that achievement.”

Share this article
Tags: icap / TriOptima
Got a news tip? Let Us Know