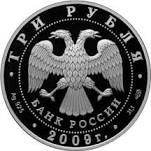 Events in Crimea have failed to cause a roadblock in the evolutions shaping the Russian ruble. Industry experts were sharing their insight and developments at the Ruble Settlement Forum in London. The currency pair is expected to join the elite group of CLS settled currencies before the year-end. The move comes as demand and volumes pick up in the world’s eight largest economy’s currency.

Talks of the ruble becoming a CLS settled currency commenced in 2010, this was followed by initial discussions between the country’s central bank and CLS taking place in 2011. After signing a letter of intent, the journey has quickly progressed as both parties collaborate in a move that will increase the number of currencies settled by CLS to 18. The final date has yet to be confirmed and is subject to all criteria being met by both banks.

In the discussion, a senior CLS official explained that the bank has a three-stage process of including a new currency pair. The process starts with the discussion phase, followed by the diligence phase and finally the testing phase. Both CLS and the Central Bank of Russia are now in the testing phase. A number of CLS members have signed up to offer the ruble, of the 60 members 39 will be trading the ruble.

The ruble, like several emerging market currencies, has been declining in price against the greenback and major crosses. The ruble traded at a record low against the euro in March, dropping over 9% to trade at EUR RUB 51.10. “The dilemma is far from over, we expect the ruble to trade close to the 40 mark against the dollar,” explained one London-based currency trader.

On the other hand, the ruble has been climbing the ladder in terms of its overall positioning in the most liquid FX crosses traded globally. Although the ruble was the twelfth most traded currency in 1998 and 2013, its market share has dramatically expanded, in 1998 its global share was 0.3%, and in the most recent BIS FX Survey it rose to 1.6%. In the interbank market, the USD RUB has an average daily trading volume of $79 billion.

CLS plays a crucial role in the safeguarding of global payments as international trade increases. According to its website, the firm: “Operates the largest multi-currency cash settlement system to mitigate settlement risk for the FX transactions of its Members and their customers.”

The crisis has led US payment providers to cease operations with Russian banks, Visa and MasterCard have blocked credit card services to some Russian bank customers on the back of the US sanctions.

With Crimea deciding on its new abode and other regions looking to join hands with Russia, transactions in the ruble in terms of volume and value could be on the rise.

A number of FX and CFD brokers are offering trade execution in both the USD RUB and EUR RUB spot contract, spreads ranging from 25 to 35 pips.

Share this article
Tags: interbank
Got a news tip? Let Us Know