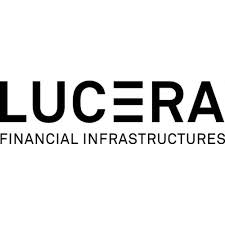 Lucera, a high performance technology firm that provides connectivity in the FX markets has launched LumeFX. The new solution will offer users the ability to use and assess unique pools of liquidity without the risks associated with centralized systems. The move comes as firms look to optimize access to liquidity pools as the liquidity drought continues.

Transacting in the world’s most liquid asset class has been tough for participants as low levels of volatility have diminished trading activity, furthermore, liquidity in the spot FX markets is highly fragmented and traders are looking at solutions that can optimize the current landscape.

Lucera’s key differentiator is its ability to segment a user’s server, a spokesperson for the company explained the process to Forex Magnates in an emailed statement: “By segregating clients and liquidity provider’s onto their own individual zones we believe we alleviate traditional bottleneck and points of failure. A slow consumer or rogue client only affects the zone within which they run, if an issue arises its isolated.”

The system offers a number of protocols that exhibit execution and confirmation of orders, a major issue firms face during periods of light liquidity. One of LumeFX’s key features is its utilization of a high-performance FIX engine supporting all FIX versions, as well as a customized network built for speed and reliability. In addition, LumeFX matches aggregated liquidity using its Smart Order Router while continuously refining and optimizing flow based on internal metrics and machine learning algorithms.

Lucera was established in 2013 by a team of experienced professionals operating in the high- frequency trading space. The firm was founded by Jacob Loveless, pictured. The firm is backed by leading financial services firm Cantor Fitzgerald. Cantor is also a client and user of LumeFX.

James Reilly, Senior Managing Director and Global Head of Foreign Exchange Sales and Trading at Cantor Fitzgerald Securities, commented about the new solution in a statement: “LumeFX gives us more control over our FX spot trading and helps us to better understand the best liquidity provider for a trade and to better manage our order flow with measurable efficiency and accuracy.”

Lucera offers LumeFX as a complete end-to-end managed solution, Mr Reilly adds: “LumeFX and Lucera manage all the infrastructure and networking, so we can focus on optimizing our order flow.”

A controversial book around speed traders, written by Michael Lewis, placed undue attention on high-frequency trading, although the trading strategy is gradually becoming significant in the FX markets it still faces challenges from the industry.

Lucera’s background and expertise in this market is useful for high-frequency traders, the firm provides an API driven platform. The firm stated to Forex Magnates: “Speed of execution and data driven analysis driving the quality of these executions are at the heart of our business.”

The firm’s servers are hosted in London, New York and Chicago, however the firm is exploring Asia as the region becomes more prominent in the global FX markets, data from the last BIS Survey (2013) showed that Singapore overtook Tokyo as the most liquid hub for FX trading. In addition, transactions in the Chinese yuan have increased substantially and the cross now sits in the world’s top ten most traded FX instruments.