Akamai, an integrated technology firm, which offers cloud web services has published its latest quarterly updated ‘State of the Internet’ report for Q2 2014. Akamai’s proprietary ‘Intelligent Platform’ is claimed by the company to be a leading cloud platform which accounts for approximately 30% of all web traffic and “is made up of a distributed network of servers and intelligent software, delivering over two trillion interactions daily,” according to Akamai.

Given the company’s significant participation in the technology and digital industries, its periodic report is highly regarded and can often indicate interesting trends developing in the rate of online participation as well as other factors.

Forex Magnates reported back in August on how Akamai’s research overlaps with the online-driven retail trading industry, with interesting conclusions found, including that countries with higher national broadband speeds and faster mobile internet speeds tend to have a higher adoption rate for online trading. With Asia leading the globe in internet connectivity, combined with relatively more spare capacity for new traders compared to ‘developed’ regions such as the US, UK and Europe, indicates a bright future for both traders and retail brokers operating in Asia.

On the darker side of things, Akamai finds that China remains in the top slot for being the source of ‘attack traffic’ that often disrupts online business activity via Distributed Denial of Service (DDoS) attacks. China’s share grew to 43% of observed attack traffic. Indonesia saw a significant increase in observed ‘attack traffic’, more than doubling to 15%, while the United States increased nominally to 13%. 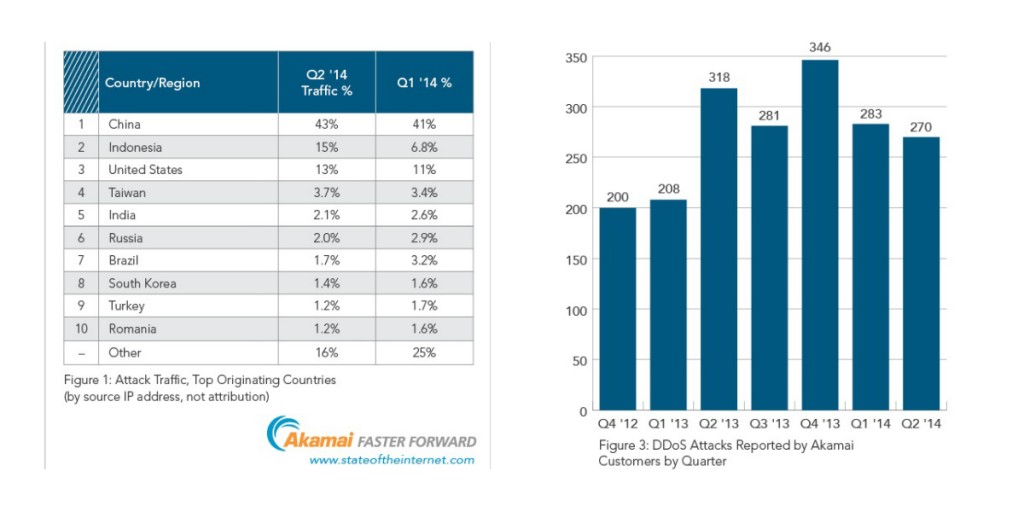 Enterprise and Commerce customers together accounted for nearly 60% of the reported attacks during Q2, with more than 50% of attacks reported by customers in the Americas region. The total amount of DDoS attacks continues its broad upward trend despite a drop in detected attacks since the end of 2013. Back in July 2014, eToro, a prominent social trading platform, suffered problems with DDoS attacks disrupting service functionality for an undisclosed period. 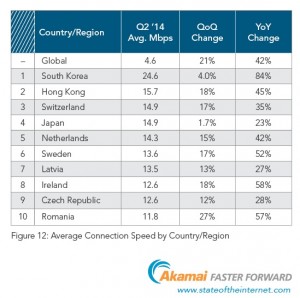 The most obvious and relevant statistic for online trading providers is the increasing use of parallel services, such as market research tools, blogs and other media content to retain clients and boost revenues, resulting in total data usage via mobiles to rise exponentially, with Asia securing a larger proportion of that nominal growth due to better digital networks and infrastructures. 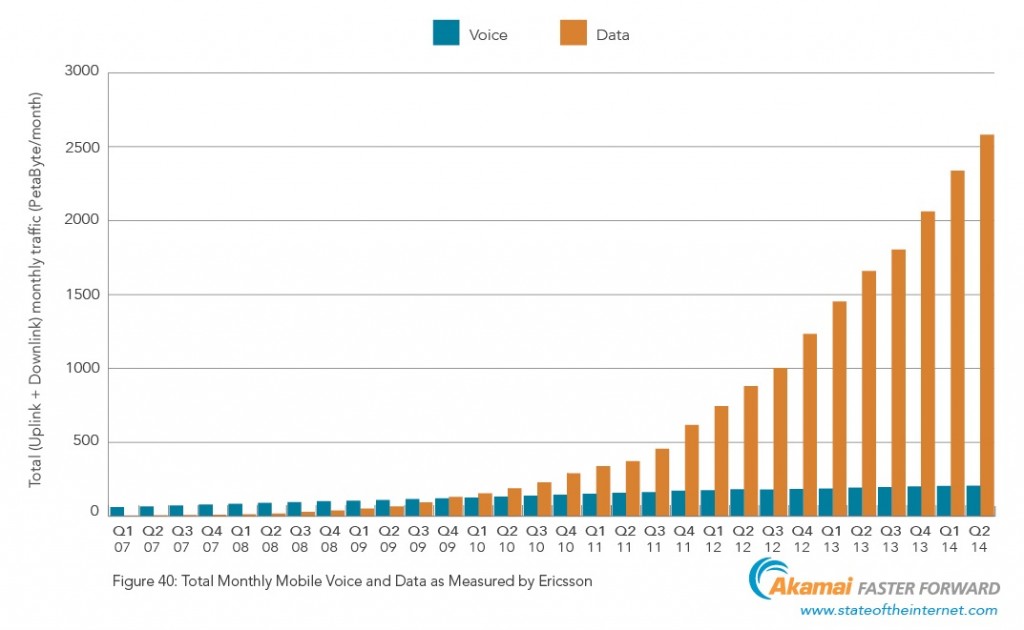 In the U.S, Akamai finds that on average, the fastest and most stable connection speeds are in Delaware. The State scored high in all categories including average speed, peak speed and participation in high-speed internet services, including 4K-ready networking. 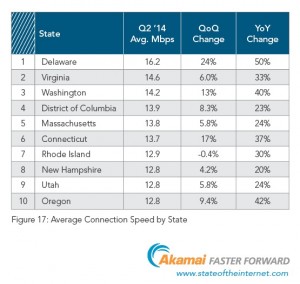 Akamai’s latest survey confirms that Asia is the global leader when it comes to internet connectivity and connection speeds. The comparatively better infrastructure and quality of offered services is helping to facilitate a higher participation rate for mobile trading and consumption of digital content related to trading.

Parallel services such as online seminars, video tutorials and online marketing tend to obtain better traction among Asian clients, as Asian market participants are simply more ‘accessible’ in terms of marketing campaigns, given the higher propensity of internet use. Asia not only has better connectivity, but by extension more people are making use of it via the internet, mobile and digital services.

Share this article
Tags: Asia
Got a news tip? Let Us Know

I think Asia is much more open when it comes to allowing internet applications, especially communication software like “Line” or “WhatsApp”. In the USA for example, Skype was intentionally crippled to only allow connections over wifi. Not sure if that is still the case today.