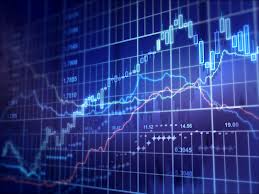 High-frequency trading, an automated trading approach of the modern era, faces a new battle as senior industry legal practitioner, Greg Scopino, investigates practices that could be regarded as illegal under regulatory principles.

Greg Scopino, a senior CFTC, official has drafted an independent study that examines certain practises used by firms that engage in high-frequency trading.

High-frequency trading is an active trading strategy present in the global financial marketplace, it’s commonly used in advanced economies such as the UK, USA, Germany, Australia and Singapore, where participants use algorithmic and automated computer driven techniques to trade.

The SEC, in previous studies, has defined firms that are High-Frequency Traders, this includes:

(1) The use of extraordinarily high-speed and sophisticated computer programs for generating, routing, and executing orders; (2) use of co-location services and individual data feeds offered by exchanges and others to minimize network and other types of latencies; (3) very short time-frames for establishing and liquidating positions; (4) the submission of numerous orders that are cancelled shortly after submission; and (5) ending the trading day in as close to a flat position as possible (that is, not carrying significant, unhedged positions overnight).

According to SEC papre from 2014, HFT accounts for over 40% of volumes across major trading venues. “This is a dominant component of the current market structure and likely to affect nearly all aspects of its performance.”

This report details four areas of concerns and maintains that at least some forms of high-speed pinging appear to violate four CEA provisions and one CFTC Regulation.

“Specifically, high-speed pinging—that is, the sending out of small batches of “ping” orders, the majority of which are cancelled without being executed—arguably violates the following provisions of the CEA:

which prohibit reckless, fraud-based manipulation and which were modeled after, and intended to draw from the federal common law under, Section 10(b) of the Securities Exchange Act (Exchange Act) of 1934 and Securities and Exchange Commission (SEC) Rule 10b-5.”

High-frequency trading was the focal point of a book written in the US accusing HFT firms of the use of malpractices to manipulate the stock market. A number of studies in the UK and Australia show that HFT is part and parcel of the current trading landscape and as both buy-side and sell-side firms take advantage of technology, the question of speed will be a standard feature of the trading architecture.

A 2012 academic report by the BIS in the UK concluded: “The report, which seeks to inform policy makers but does not represent the view of the UK government or BIS, states that while no direct evidence can be found that links HFT to increased volatility in markets, it can create periods of illiquidity.”

The author of the latest report, written in the Connecticut Legal Review February 2015, concludes: “HFT firms might arguably be the fastest sharks swimming in the oceans of financial data, but the CFTC and private plaintiffs might have nets—in the form of relevant statutory and regulatory provisions—capable of catching them.”

Share this article
Tags: hft / latency
Got a news tip? Let Us Know