It was recently reported that a single high-frequency futures trader was arrested in Britain.  Navinder Singh Sarao was charged by the U.S. Justice Department with wire fraud, commodities fraud and manipulation, and of “spoofing”-  the act of placing a bid or offer with the intent to cancel it prior to execution.  Extradition has been requested by the U.S .authorities for Mr. Sarao to stand trial in America.

The 2014 publication of “Flash Boys” by Michael Lewis succeeded in bringing the practice of high frequency trading within the U.S equity markets to the attention of the man in the street.  But what is it exactly and how does it work?

Algorithms are basically the mathematical formulae which computers use to decide upon an action. High Frequency Trading, otherwise known as Black Box or Algorithmic Trading is estimated to be responsible for approximately 70% of all market activity within the U.S.  It was originally developed by mathematicians and physicists, using the same form of programming required during the Cold War in order to locate surveillance – most often used by the East to try to spot stealth aircraft from the West.

Basically speaking, the western forces would use their technology to try and confuse their enemy’s radar equipment while hiding themselves in plain sight. Instead of appearing to be singular object (a large aircraft), the radar signal would be scrambled so as to appear to be a million little objects – like a large flock of birds.  This was reasonably successful, until the physicists built a black box to monitor electronic communication… which meant that if something that appeared to be a flock of birds with electronic communication was to present itself, there was a logical assumption that it was indeed a stealth aircraft.

There are several thousand physicists now working on Wall Street, using the same type of technology to trade the markets. Institutional traders in this case are the stealth aircraft.  They are moving huge positions – perhaps several million shares – through the market, and if they do this all at once then they are simply showing their hand.  They need to find a way to hide these several million shares in plain sight.  So they use algorithms to break up this large object into millions of little transactions.  Unfortunately, the same algorithm is also used on the other side to find those millions of little elements and piece them back together.  They can then figure out what exactly is happening and act upon that information.

The difficulty is when something like the flash crash of May 6th, 2010 occurs.  At 2.45pm, a full 9% of the entire market volume just disappeared, and nobody knew why.  It has taken until now to being to understand what happened.  It is reported that 19.4 billion shares were traded on that particular day – which was more that all the shares traded throughout the entire 1960s.  However, hundreds of millions of these trades were never actually processed into the market – they were simply held for a few thousandths of a second as the algorithms tested the market.

Charlie Munger of Berkshire Hathaway has described high frequency trading as “basically evil”, and has also referred to it as “legalised front running”.  On the flip side of the coin, Goldman Sachs has just this week spent over US$20M on a stake in a HFT technology provider.  Who is right, and who is wrong?  If Mr. Singh Sarao is extradited to the U.S. to face these charges, it will be interesting to see how the practice is viewed in a court of law. 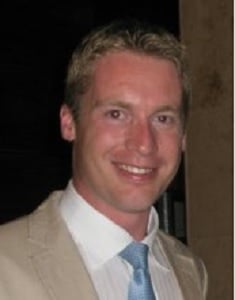