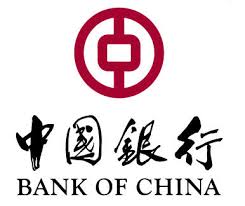 Asia continues to position itself as a dominant investment and financial trading region as two firms report enhanced business relations. The GCC’s largest commodity derivatives trading venue, the Dubai Mercantile Exchange (DME), reported that is has signed a collaboration agreement with Bank of China (BoC). The move follows on from the DME’s developments with Chinese firm, Shanghai International Energy Exchange Corporation, last month. The move is expected to support Chinese firms doing business in UAE.

The DME and BoC are expected to work on joint projects under the new agreement that enhances trade and product development, furthermore, the two will work together to examine the feasibility of creating new financial products together and explore new financing solutions to support their mutual customers in the Middle East and Asian markets. The two institutions will also promote the development of close links between the financial and trading communities in Dubai and China, the firm reported in the official notification.

Chu Furong, Executive Manager, Financial Institutions, Bank of China, spoke about the firm’s partnership in the media briefing saying: “Bank of China is pleased to be working closely with DME to develop solutions that can benefit our mutual customers. Both Bank of China and DME are well placed to build on the recent strong growth in trading activity between Middle East and Asia and we look forward to further beneficial cooperation.”

Bank of China was the first Chinese origin bank to take up abode in the UAE, establishing a subsidiary, Bank of China Middle East (Dubai) limited, in 2012 in order to service the growing business links between the UAE and China. Chinese corporates have been developing their global business dealings as international commerce becomes vital for the sustainability of markets. The DME’s benchmark financial futures contract, the Oman crude oil futures contract, is heavily used by energy companies across Asia to manage their price risk and to procure physical crude oil supplies.

Chinese banks have gradually been extending their footprint in the Middle East, BOC was joined by the Industrial & Commercial Bank of China in 2013 after it set up its operations in the country’s capital city, Abu Dhabi.

Christopher Fix, Chief Executive of DME, commented in a statement saying: “This MoU with Bank of China reflects DME’s determination to develop additional products and services that can benefit our growing customer base in Asia. DME is proud to be working with such a prestigious partner as Bank of China and we are excited about the opportunities that will follow from this initial agreement.”

The DME offers a benchmark Crude Oil Futures contract which was launched in 2007. The DME Oman Crude Oil Futures Contract (OQD) is the world’s third crude oil benchmark. The OQD is a newcomer to the established energy markets, participants having seen a need for diversification as both WTI and Brent have been associated with certain economies, whereas the Oman Crude Oil contract reflects the wider global economy with a specific focus on Asia.

China and the UAE have been increasing their commerce and trade. The two countries have been cooperating across various spectrums in both oil and non-oil related arrangements. The Ministry of Finance in the UAE reported that bilateral trade between the UAE and China increased by almost 500 percent from $3.12 billion in 2002 to $18.3 billion in 2012.

Dubai’s GDP is expected to grow above the government’s expectation of 5%, Citibank’s analysts stating that they expect the international city to exceed six percent in growth. The city has seen a surge of investments post-Arab Spring, as investors and HNWI from vulnerable countries such as Syria, Egypt and Libya haave parked their capital in the local haven. Forex Magnates covered Dubai and its position as a regional FX hub in the QIR3.

Share this article
Tags: dubai
Got a news tip? Let Us Know