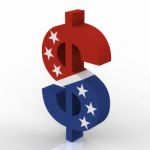 One of the questions we asked last year was whether anyone really makes money in the currency market. As a zero sum game, and with 97% of the $5 trillion-a-day market’s trading believed to be speculative based, there is nearly always a winner or loser in every trade. As such, without the market having a bias, unlike equities where there is historically a strong long bias, the net expectations of currency trading success over the long term are zero. Primarily, the main profit achievers are participants with some sort of edge such as liquidity provider and brokers who profit from the spread in their bid/ask prices as well as high frequency traders using arbitrage strategies to take advantage of price inefficiencies in the fractured FX market.

The dearth of success in investing in currencies like other asset classes is highlighted in the lack of consistent long-term gains among FX hedge funds and money managers. Our previous questioning of the value of investing in currencies was partially triggered by news that FX Concepts, the longest lasting FX hedge fund had closed down in 2013. Overall, one of the challenges of currency investing is the lack of consistent longer-term trends for managers to piggy back and profit on. As a result, when markets aren’t moving it forces investors to either settle for potentially tiny profits, or increase their risk by raising their leverage levels.

According to data gathered by MarketWatch from two industry sources, currency managers are beginning to make a comeback as of late thanks to a trending market finally reappearing. Figures from Hedge Fund Research (HFR), which monitors performance of the overall hedge fund industry, show that FX funds had their best January since at least 2008. Elsewhere, Barclay Hedge produced surveys which indicated that algorithmic-based momentum funds were the strongest in January. Among them, currency funds returned 3.4% during the month, compared to HFR’s data where they reported a 2.1% gain in currency funds during January.

The gains are based on longer-term dollar strength which has taken place since the second quarter of 2014. The momentum was the cause of algorithmic-based FX funds outperforming so far to start the year.

One of the overriding questions in the market has been what the fallout of the Swiss franc’s volatility would be on the hedge fund market. Many firms were believed to have been long the USD/CHF, taking advantage of the dollar’s strength. Also, in the immediate aftermath it was reported that an $830 million hedge fund, managed by Everest Capital, was wiped out after being short the franc prior.

The data, though, from HFR and Barclay Hedge appears to have shown that, on the whole, the hedge fund industry fared well. However, like the case of Everest Capital, there were large individual loses. According to data received by MarketWatch, CCtrack Solutions, a hedge fund managed by the former CFO of FX Concepts, lost 16% in January due to exposure to the Swiss franc. However, they also found several funds that were winners in the month by staying clear of the franc and focusing on the dollar’s momentum against the euro and commodity currencies like the Australian dollar. These firms included P/E Investments, whose FX Strategy fund gained 8.7% for January, as well as Millennium Global Investment’s Currency Alpha Strategy which grossed 7.2% for the month.