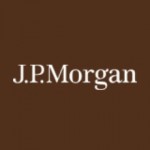 According to a report by Reuters which claimed unnamed sources, JP Morgan and Deutsche Bank have become the latest banks to initiate bans on multi-dealer chat rooms. The news comes after UBS banned the practice last month.

The chat room bans occur as major FX dealing banks, of which Deutsche Bank is the largest by volumes traded, have been the target of global regulatory investigation in regards to interbank price manipulations. The investigations are based on allegations that dealers may have colluded to affect prices during London’s daily FX fix, and come after similar accusations of LIBOR rate fixing having taken place.

Occurring at 4PM London time, with foreign currencies traded 24 hours a day, the fix has become a de facto period of daily settlement and marking of prices. As a result, the period before the fix is subject to abnormal volumes as asset managers adjust their currency exposure before the end of the reporting day. At issue is whether traders at FX dealing banks shared customer data and were involved with front running orders expected to take place near the fix time, as well as reducing market depth to allow prices to move more easily in their favor.

Due to the investigations surrounding interbank collusion of traders, multi-dealer chat rooms have come under scrutiny as they provide an effective method to share information in real-time among trading groups. Therefore, some firms have become proactive in banning employees from using the product with the aim to create communication barriers between them and other banks.

Will Terminals Be Affected?

As an effect of the chat room bans, it could lead firms to reanalyze their existing subscriptions of premium financial products, such as the Bloomberg Terminal and Thomson Reuters Eikon/Xtra platforms, which include multi-dealer communication features. While auxiliary features of the greater platform’s financial analysis and trading tools, the importance of chat as a means of gathering information both with colleagues as well as with outside contacts has led many companies to install terminals for the bulk of their trading and analytic related staff. However, with the removal of inter-firm chat, it could lead to firms swapping costly Bloomberg and Thomson Reuters terminals for lower cost equivalents.

Which lower cost equivalents? Even without the chat tools, there are no providers of terminals that are close to BBG and RTS when it comes to quality/variety of tools.