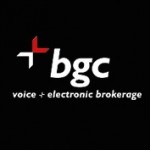 Following the expiration of their $6.10 tender offer for shares of GFI Group yesterday, BGC Partners has announced that they are extending the tender until February 19th. The announcement comes as GFI Group’s proposed $5.85 deal with the CME Group crumbled when it didn’t meet shareholder approval last week. This paved the way for BGC’s $6.10 tender offer to gain favor from shareholders.

Following the expiration of the tender offer yesterday, BGC announced that they had nearly received the necessary votes to move further in their takeover of GFI. According to BGC Partners, as of the tender’s expiration, approximately 70% of GFI Group shares not owned by executives or directors supported the proposed transaction. Combined with BGC’s existing ownership of 17.1 million shares in GFI along with the 70% of shareholders that tendered, it put the firm at 43.3% of total shares backing the acquisition and near their 45% goal. As such, with only 1.7% of total shares needed to move further on the acquisition, BGC decided to extend its tender offer today.

If successful with reaching their 45% goal, BGC Partners will aim to take control of GFI Group by installing its own directors and to plan for a larger acquisition of the firm. For their part, GFI Group’s upper management have consistently been opposed to a deal with BGC. If approved, the CME Group acquisition would have led to the exchange operator purchasing GFI’s trading technology, with GFI’s executives then purchasing the brokerage unit from the CME.

The dual nature of the deal would have allowed the CME to acquire strategic trading assets to expand their existing business in products and regions where they have less market share, return shareholder value who had seen their shares spike from around $3.00 to $5.85, while also providing GFI management with the ability to retain control of their brokerage business. As a result, GFI management have been opposed to a deal with BGC which would ultimately lead to them losing control of the business, but maximizing shareholder value. However, GFI’s executives have been skeptical about BGC’s ability to finalize a complete acquisition of their firm. In addition, they have warned that by not signing NDA agreements with GFI, BGC could ultimately grab employees and sensitive data during the post 45% threshold negotiation period, and then walk away from a total acquisition.