Some of the world’s major FX trading banks already paid billions of dollars over the past year in fines or settlements, but the market rigging investigation continues to expand. The U.S. Justice Department now check if the Argentine peso, Russian ruble and Brazilian real rates were tempered by institutional traders.

American investigators are apparently using information obtained from the banks that have already settled their charges to come up with the new allegations against other institutions. They are now focusing on a small number of  institutions including several Russian banks and Deutsche Bank AG.

The global FX manipulation scandal is the result of investigations by financial watchdogs and regulators from around the world, that focused on chat groups in which institutional dealers sent instant messages over their Bloomberg terminals. For a period of three years, in chat groups with names such as ”The Cartel” and “The Bandits’ Club,” bank traders shared information with competitors allowing them to execute their own trades before filling client orders.

The revelations of the rates manipulation had serious negative effects on the brands of the major international banks as traders were exposed, clients had their confidence shaken and investors worried about the overall impact of the fines crossing over $10 billion.

Beyond the regulatory fines, the banks are also faced with class actions lawsuits by their clients, including institutional investors and hedge funds, that have engaged in FX swaps, futures, options and spot transactions. Earlier this month, Barclays PLC, Goldman Sachs Group Inc., BNP Paribas SA, HSBC Holdings PLC and the Royal Bank of Scotland PLC have agreed on “substantial cooperation” in court, bringing the total settlements paid to over $2 billion. 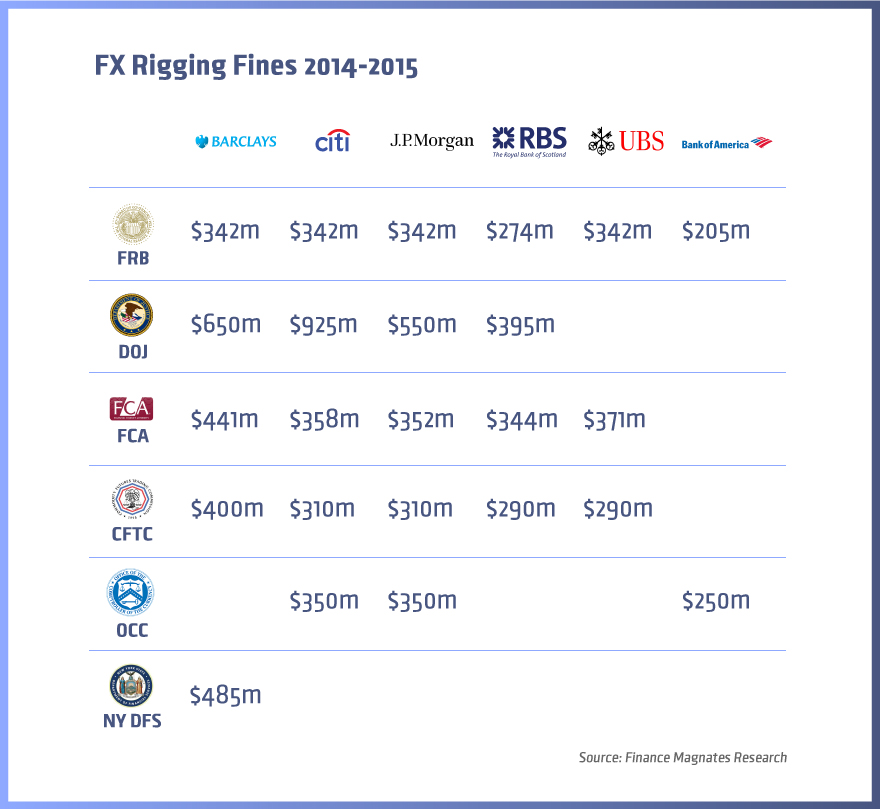 Everyone wants a piece of the action.