Italian bank, UniCredit has been biding its time in choosing a successor to outgoing chief executive, Federico Ghizzoni, as investor unease at the slow rate of progress continues to grow. 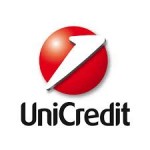 According to Reuters’ sources, the bank’s chairman is reported to have said in an interview that the choice of a new chief executive to replace the outgoing Federico Ghizzoni will not happen before the end of July.

Ghizzoni, the current CEO of UniCredit, has held the position since September 2010 with a career at the company spanning more than 30 years. He agreed to step down in May after growing shareholder discontent over share price performance, profitability and stretched capital.

Chairman Giuseppe Vita allegedly stated that there was a problem with capital and the bank had to find ways of strengthening its capital base. He added: “There are many paths, some of them we can take in the meantime, the others will be chosen by the new CEO.

Vita also said that “UniCredit will remain a European bank headquartered in Italy. With the new CEO we will agree a new strategy which however cannot involve a complete change of route.”

Uncertainty over the CEO has impacted on UniCredit shares which have fallen almost 17 percent since Ghizzoni announced he was stepping down.

Share this article
Tags: unicredit
Got a news tip? Let Us Know