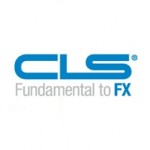 The CLS Bank has published December and 2014 full-year volume numbers for trades submitted for settlement and aggregation using its service. For December, 1,223,109 daily trades were submitted for settlement for an average daily volume of $4.87 trillion. The number of trades was 11.7% below that of November, while average volumes experienced a 5.3% decline. The average daily volume figure matched that of year ago’s when December 2013 trading also amounted to $4.87 trillion.

Overall for 2014, average daily trades sent for settlement were 1,161,205, 2.7% below 2013. However, average daily volumes of trades for 2014 rose by 3.0% to $5.14 trillion compared to $4.99 trillion in 2013. The volume growth took place even as the first seven months of the year had been weaker due to volatility in currencies hitting historical lows before becoming much more active in the second half of 2015. 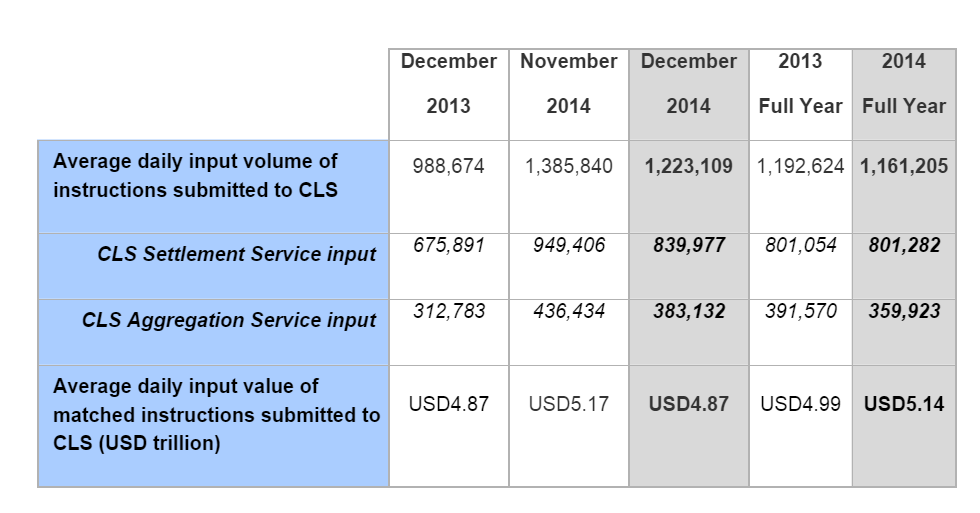 (Of note is that the CLS reports both sides of an FX transaction. To adjust to calculations used by the Bank for International Settlements, volumes and trades numbers need to be divided by two.)